Transporation company says they have obtained court injunctions
Feb 11, 2020 11:34 AM By: Jess Fedigan 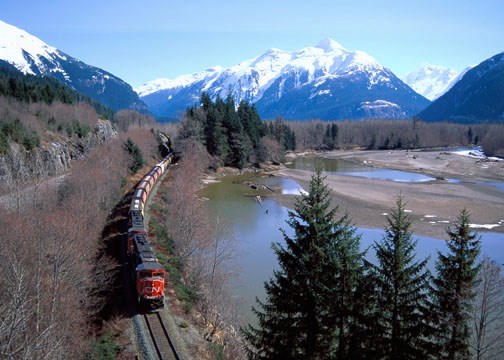 CN Rail through the Skeena region of northern B.C. (via CN Rail)

CN Rail says they will be forced to shut down significant parts of its Canadian network 'imminently' unless the blockades on its rail lines are removed.

In a release today (Feb. 11), CN says near Belleville, ON, CN’s only eastern link between Western Canada and Eastern Canada and between Eastern Canada and the US Mid-West are impacting all Canadians' ability to move goods to locations and also enabling trade. They also add its northern mainline in B.C. between Prince George and Prince Rupert is also affacted.

As of today, CN says there has no movements of any trains, freight or passenger at both locations while adding hundreds of trains have already been cancelled since the blockades began five days ago.

“It’s not just passenger trains that are impacted by these blockades, it’s all Canadian supply-chains” said JJ Ruest, president and chief executive officer at CN in the release. “We are currently parking trains across our network, but due to limited available space for such, CN will have no choice but to temporarily discontinue service in key corridors unless the blockades come to an end."

“Intermodal containers carrying perishable goods including food and consumer items, Canadian grain, deicing fluid at airports, construction materials, propane to Quebec and Atlantic Canada, natural resources creating rural jobs across Canada such as lumber, aluminum, coal and propane; all of these commodities are already impacted and will see their movements even more diminished. Factories and mines will be soon faced with very difficult decisions. The Port of Prince Rupert is effectively already shutdown. The Ports of Montreal and Halifax are also already feeling the impact of these blockades which will have a trickledown effect on consumer goods in the next few weeks."

The company also claims the blockades are also harming the country's reputation as a stable and viable supply chain partner.

“We have obtained court injunctions for both locations and we are working with local enforcement agencies to enforce the orders," Ruest adds.

"We have also engaged with customers, industry associations as well as officials in Ottawa and across Canada to explain to them the consequences and material impact that shutting down the railroad will have on their constituents." 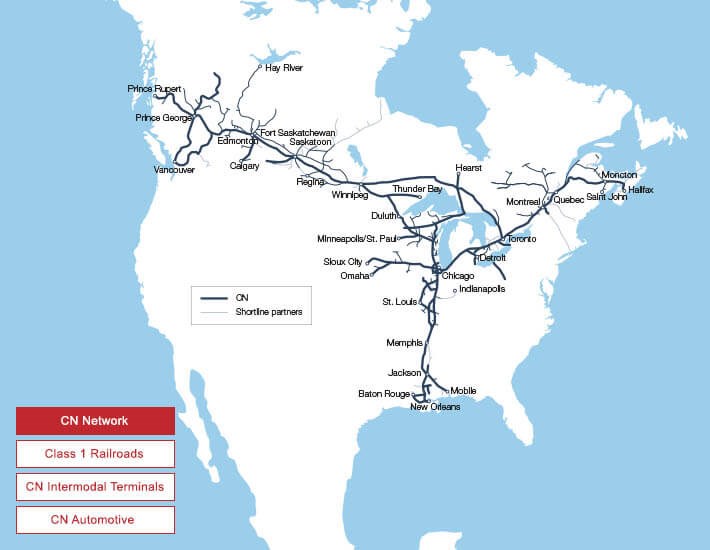