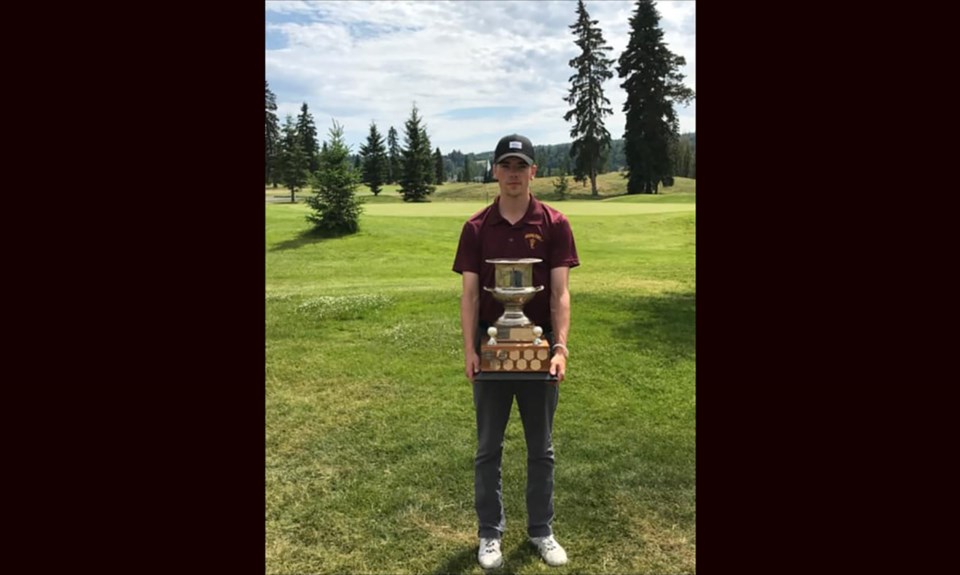 While Brooks Kopeka was close to winning a third straight U.S. Open title this Father’s Day weekend, one Prince George golfer completed a three-peat of his own.

The 18-year-old had a final scorecard of seven-under par (-7), six strokes ahead of runner-up Ben Dyck (141), and is likely to tee-up at the Men’s Simon Fraser Open championship later this summer.

super excited to win my first tournament of 2019!! thanks @maplejt and @ChilliwackGolf for hosting such a fun weekend! had a tough first day of +7 79 but bounced back with a -2 70 to win by 8 shots!! excited to see what’s to come😈 pic.twitter.com/1q6JffbOBA

Dyck, also a PGGCC member, came back on day two with a round of 68 after starting the contest with a 73 to settle for the silver.

Tyler Giesbrecht, Bailey’s cousin from Terrace, left Prince George with a third-place finish, stemming from a two-day total of 148 (73, 75).

Natasha Kozlowski, who is currently in a tie for second among Canada’s top-ranked junior female golfers, was only two shots back of Giesbrecht, finishing fourth with a 150 (76, 74).

The 17-year-old was the only girl in the field on the weekend.

The winners each got a trophy and some PGGCC swag, along with playing on a pair of beautiful sunny days in B.C.’s northern capital.

Up next on the PGGCC’s calendar is the Bryant Family Senior Men’s Open July 6 and 7, a club championship with over $10,000 in prizes up for grabs.

On July 13, the course will host the Prince George Cougars Alumni Charity Golf Tournament in support of the Spirit of the North Healthcare Foundation.

The Ladies and Men’s Simon Fraser Opens will take place on back-to-back weekends; Aug. 10 and 11, and Aug. 17 and 18 respectively.