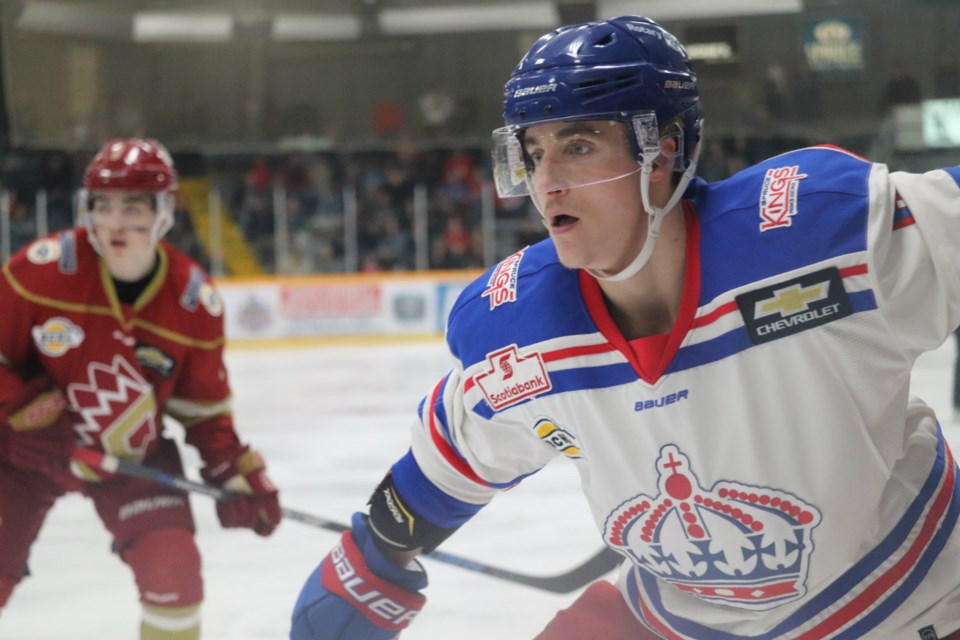 There’s a wolverine amongst the 2019 Fred Page and Doyle Cup champions and we’re talking about Hugh Jackman.

Defenceman Jay Keranen has committed to play in his home state for the University of Michigan Wolverines starting in the fall, becoming the sixth blue-liner from last year’s Spruce Kings roster to sign with an NCAA Division One college hockey team.

Between two seasons, the 21-year-old played almost 100 regular season games in Prince George, as well as 43 in the playoffs, scoring five points in the team’s run to the Fred Page and Doyle Cups.

He also had a goal and an assist at the National Junior ‘A’ Championship.

As Keranen departs for the midwest, the Spruce Kings are also bringing in another recruit from the United States.

Defenceman Nolan Barrett has signed to play in Prince George for the 2019-20 season in hopes of defending their championships.

The 18-year-old from Glen Ridge, New Jersey had a strong year offensively for the Skipjacks Under-18 Hockey Club in Pennsylvania, recording 23 points in 25 games including 17 assists.

He’s also a college commit himself, going to Merrimack on a scholarship for the 2020-21 season.

The Spruce Kings are pleased to announce the commitment of Defenseman Nolan Barrett (00) for the 2019/2020 season.https://t.co/Qx7N0JU2QP pic.twitter.com/gjhShDhMWX

Two Prince George Spruce Kings off-ice staff going out as champions
Jun 18, 2019 10:35 AM
Comments
We welcome your feedback and encourage you to share your thoughts. We ask that you be respectful of others and their points of view, refrain from personal attacks and stay on topic. To learn about our commenting policies and how we moderate, please read our Community Guidelines.