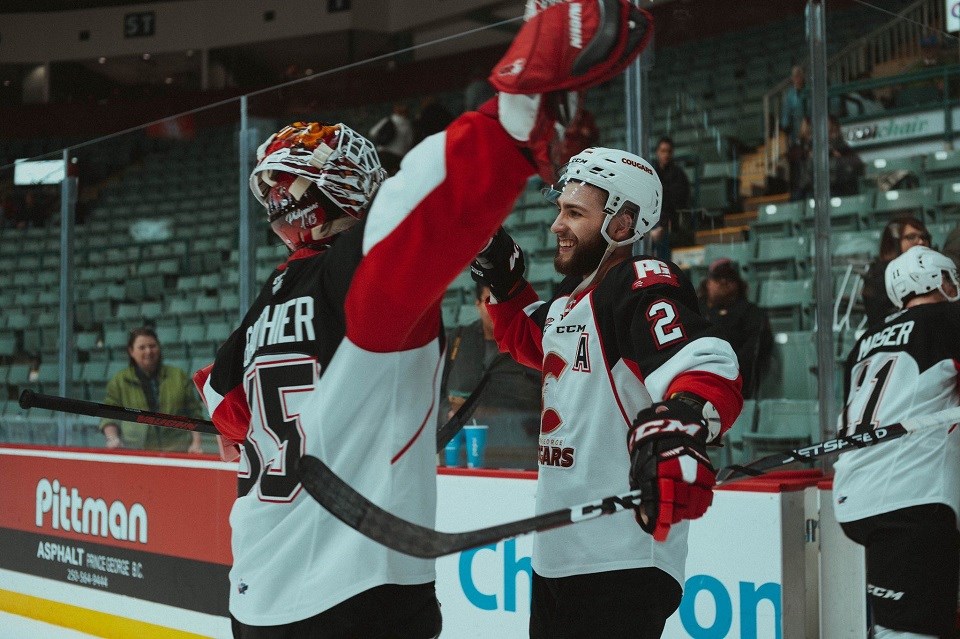 Prince George Cougars' Taylor Gauthier and Cole Moberg hug it out after beating the Seattle Thunderbirds in a shootout at the CN Centre. / Brett Cullen Photography

The Prince George Cougars could soon be suiting up for a shortened 2020-21 campaign.

The Western Hockey League (WHL) said Friday night (Jan. 8) it plans to stage a 24-game season that offers some certainty to players who have been weighing their options with other leagues and fans anxious for puck drop.

According to a news release, the league’s start date will be determined “once final approval has been received from the health authorities in each provincial and state jurisdiction and it is anticipated the approvals will be received soon.”

The announcement also came on the day the league had considered a start date that was ultimately delayed prior to the holidays.

“This commitment ensures WHL players will receive the opportunity to compete at the highest level in the system and continue to pursue their hockey goals in the world’s finest development league for junior hockey players.”

The league's announcement comes two days ahead of a Sunday deadline (Jan. 10) for Canadian junior hockey teams to release players to play in the USHL, an American junior league some WHL players had been openly considering in the event of a cancelled season.

In B.C., current public health orders, which includes no travel, no fans and non-contact practices for sports, are in effect until Feb. 5, 2021.

On Oct. 14, the league announced divisional-only contests for regular-season play, meaning the Prince George Cougars would only face-off with Vancouver, Victoria, Kamloops and Kelowna before the playoff round.

This is likely to remain the case with a 24-game schedule at the table.

It’s likely that teams are to stay in their own division for regular-season play. WHL says all models & formats are being considered for scheduling with a goal to provide players with some sort of competitive season | #CityOfPG