Construction in Prince George is booming 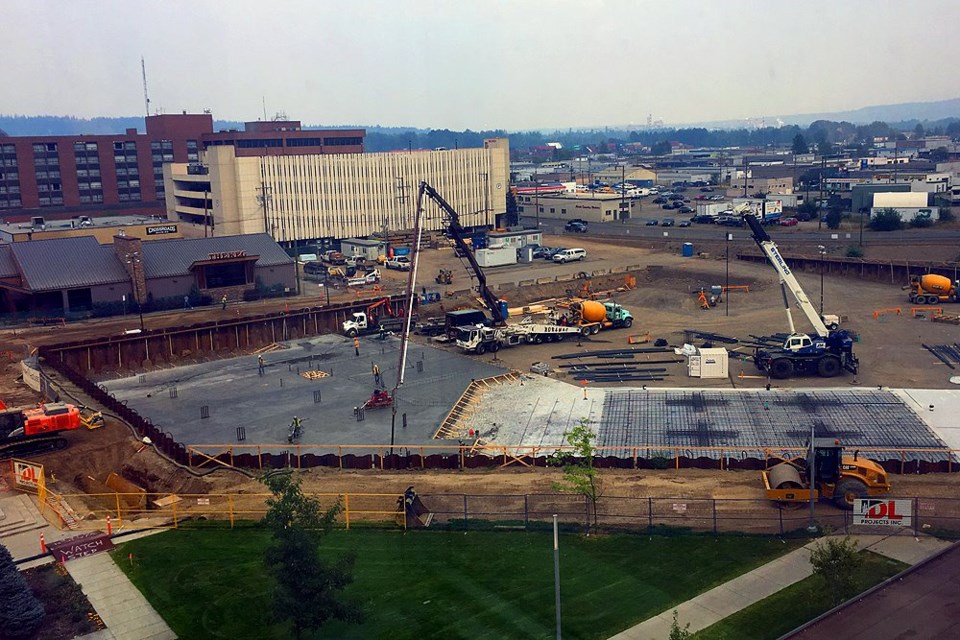 Construction of the parkade underneath the Park House Condo Development (via Facebook/City of Prince George).

“There are some spectacular numbers there,” says Mayor Lyn Hall of the city’s monthly building permit and development summary, which was discussed at the Oct. 15 council meeting.

In 2018 thus far, the city has issued 379 building permits representing a value of over $157 million.

“This is not something we’ve seen in our community before — we have three months to go before years' end so who knows where that number will be,” says Hall.

That is a greater value than what was seen in the last two years. In 2017, for example, the city issued 374 permits representing over $95 million.

One of the stats from the report also shows of the 379 permits issued this year, 113 of them were for new single-family dwellings, which represents a value of over $62 million.

“Looking at the number of houses that are going up, it's really remarkable,” says Coun. Garth Frizzell. “What’s going on is remarkable in Prince George and I’m glad we had a chance to highlight this in the last meeting of the term.”

Coun. Murry Krause also highlighted the number of multiple family dwellings as there were permits for 23 new multiple-family dwellings this year representing a value of over $18 million.

“I think it’s also important to acknowledge the multiple-family dwellings that are being approved because I think that is going to provide even more affordable housing for individuals in the community and it’s one of our goals so I appreciate that,” says Krause. “Another piece is that the private investor investment in our community is outstanding.”

Minimum wage goes up June 1 in B.C. as businesses face COVID-19 challenges
May 31, 2020 11:43 AM
Comments
We welcome your feedback and encourage you to share your thoughts. We ask that you be respectful of others and their points of view, refrain from personal attacks and stay on topic. To learn about our commenting policies and how we moderate, please read our Community Guidelines.