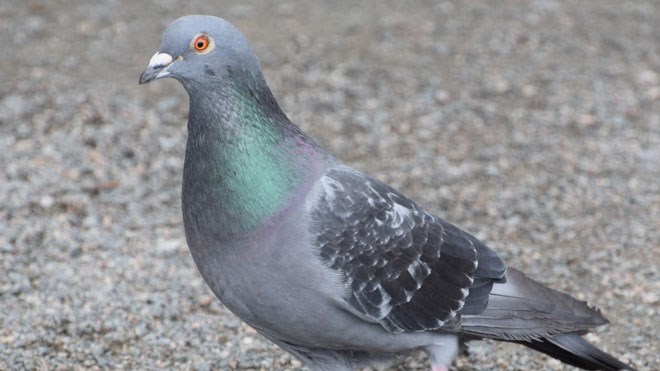 With less than six months before the District of North Vancouver’s pigeon prohibition takes effect, bird buffs and transparency watchdogs beseeched council on Monday to take a second look at the bylaw.

Council’s recent decision to bar residents from owning or harbouring pigeons anywhere in the district was a misuse of power, according to Guy Trotter, who previously served as a volunteer on the district’s official community plan monitoring committee.

The bylaw hurts one pigeon-keeping resident, Kulwant Dulay, and helps one pigeon-opposed resident, Coun. Betty Forbes, according to Trotter. The councillor was the only district resident to file a recent complaint about pigeons, Trotter added.

“I don’t care about pigeons one way or the other,” Trotter told council. “I do, however, care about good governance.”

The pigeon issue was first broached in a district public hearing on backyard chickens in May 2017 when Forbes, prior to winning a seat on council, asked council to re-examine their 1971-era pigeon bylaw.

“We have a pigeon bylaw?” responded a surprised then-mayor Richard Walton.

Allowing it might sound cold, Forbes suggested banning pigeons due to the possibility the birds would depress real estate values. Forbes explained she’d spent a lot of money to keep her backyard “prim and proper,” but her attempts to entertain outdoors were marred by the sight of her neighbour’s “ramshackle” pigeon coop.

Forbes also sent the district a 1,400-word missive outlining her concerns about the keeping of backyard chickens and pigeons.

Forbes was elected to council in 2018. But before being sworn in, Forbes sent an email complaining about the pigeons to district staff and requesting a remedy, according to Freedom of Information documents provided to CBC News. From April to June of 2019, Forbes and Coun. Lisa Muri had three email exchanges in which the subject line referred to pigeons.

Council voted 4-2 to ban pigeons, with Couns. Mathew Bond and Jordan Back opposed. Forbes recused herself from council discussions and votes on the subject.

However, her emails were the subject of scrutiny for lawyer and district resident Vincent Santacroce.

“She and Coun. Muri exchanged cryptic emails about the matter,” he told council on Monday.

“I’ll give you a dictionary,” Santacroce replied.

The bylaw was both rushed and sloppy, according to Santacroce.

“Why was there the need for such an overhaul?” he asked. “Was there a pigeon scourge on the district worthy of an Alfred Hitchcock movie?”

Addressing criticism at the end of Monday’s meeting, Forbes offered a two-minute statement in which she mentioned the word “pigeon” once.

“If I have erred in any way I assure council and the community that it was done inadvertently and in good faith with my understanding, as a new councillor, of the conflict of interest rules,” Forbes said.

Forbes requested “additional training” for herself and her council colleagues on the issues of conflict of interest and freedom of information.

Following the meeting, Kulwant Dulay seemed distressed at what might happen to his pigeons but said he’ll try to persuade council at future meetings.

After explaining that a Google search revealed pigeons are classified as pests due to their ability to spread disease, Teevan defended Forbes’ actions.

“As a matter of happenstance, Ms. Forbes became Coun. Forbes and she did the proper thing according to conflict of interest regulations,” he said.

The bylaw will benefit district residents, according to Kost.

“Any one of us could have been negatively impacted then, and in the future,” he said.

Council should re-examine their decision, according to Andy Hansen, who has raised pigeons on the North Shore for most of his life.

“We get a lot of peace and love out of [keeping pigeons],” he told council.

Council failed to distinguish between feral pigeons, which might perch on a neighbour’s roof, and homing pigeons, which are trained to return to their coop, Hansen explained.

“They’re pets,” he said. “We have feral cats everywhere too. Do we ban all cats?”

Dulay’s coop is clean and tidy, according to Lynn Valley resident Krista Page.

Page spoke at council in support of her neighbour Dulay. In the spirit of community, it’s vital to try to “work things out as neighbours,” she told council.

Forbes’ comments on the issue were both vague and disappointing, according to Vancouver Poultry and Fancy Pigeon Association director Givo Hassko.

“I’m glad that I don’t live next door to a council member,” he said.

Here’s how you can support Pink Shirt Day in Prince George
Feb 23, 2020 11:58 AM
Comments
We welcome your feedback and encourage you to share your thoughts on this story. We ask that you be respectful of others and their points of view, refrain from personal attacks and stay on topic. To learn about our commenting policies and how we moderate, please read our Community Guidelines.