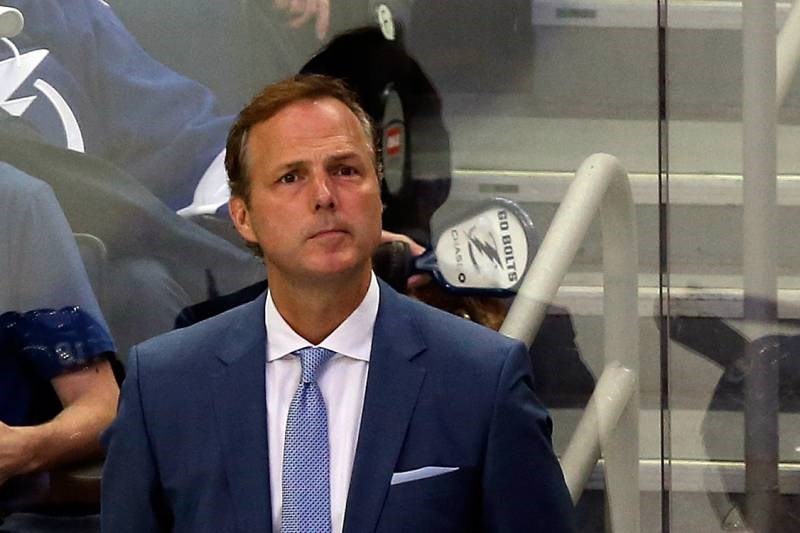 One of two chances for Prince George to see the Stanley Cup for a second year in a row this summer is now out the window.

In arguably one of the most shocking events in its history, the NHL’s top team from the 2018-19 season, the Tampa Bay Lightning, were swept in the first round of the playoffs by the Columbus Blue Jackets, the second wild-card team in the Eastern Conference.

Weathered out ⚡️❌ Prince George coach Jon Cooper & his 2018-19 NHL regular season-champion @TBLightning are eliminated from the playoffs after being swept by the @BlueJacketsNHL 4-0 in the 1st round | #CityOfPG @NHL @PGMatters pic.twitter.com/J91d4AH30X

Head Coach Jon Cooper of Prince George led the team to a 62-win season, which tied the 1995-96 Detroit Red Wings for the league record, the best home record at 32-7-2, and the franchise’s first Presidents’ Trophy as regular season champions.

However, they are also the first team to ever suffer a first-round playoff series sweep.

While Cooper gave praise to his team for coming back quickly when they were down 2-0 in the first four minutes of Game Four facing elimination, he said it all came down to special teams.

“It's not the lack of power plays or anything like that. We just couldn't kill them off,” he explained to TampaBayLightning.com. “You give up a power-play goal and you give up a 6-on-5 goal. That's it. Look at the series and how close it was, I know the score doesn't look that way but it's a one-goal game and ultimately special teams was the difference in all of them. You're really disappointed for how well we executed in the regular season.”

He also credits Columbus for their resiliency, which carried over from the the end of the season as the Blue Jackets won 11 of their final 12 games before the playoffs.

“Their game turned around at the absolute right time,” he explained. “For us, it's like when you have the amount of points we had, it's a blessing and it's a curse in a way because you don't play really any meaningful hockey for a long time and then all of a sudden you've got to amp it up.”

The @BlueJacketsNHL brought the colorful moments on their way to the Second Round. (NHL x @PPG) pic.twitter.com/8j67OnSW3o

The 51-year-old was also awarded a multi-year contract extension on March 26 for his efforts from the 2018-19 campaign, which also included an Atlantic Division title.

In the end, Cooper understood that winning the regular season may not have the implications one may have when starting a quest for the Stanley Cup.

“It's not an excuse, it's a reality. And so you have a historic regular season the way we did and had a basically a historic playoff in defeat. Can't take away from how battling adversity, all that stuff, our guys battled hard. Columbus, as I said, for six days in April, Columbus played better than we did. That was it.”

We don’t have any words and we know you don’t want to hear them.

We understand your anger, your frustration, your sadness. Everything you’re feeling – we get it.

This isn’t the ending we imagined, and certainly not the one we wanted. Thank you for being there the entire way.

With Cooper’s early exit, Brett Connolly is the one remaining Prince George representative in the playoffs with his Washington Capitals, who are looking to defend the Stanley Cup after finishing their season at the top of the Metropolitan Division.

The 26-year-old has yet to get a point in the opening series with the Carolina Hurricanes, but has averaged a shot on goal in each of the first three tilts.

The Caps currently lead 2-1 with Game Four set for tomorrow (April 18) in Raleigh.

Prince George’s Brett Connolly records career night with Washington Capitals
Mar 15, 2019 7:35 AM
Comments
We welcome your feedback and encourage you to share your thoughts. We ask that you be respectful of others and their points of view, refrain from personal attacks and stay on topic. To learn about our commenting policies and how we moderate, please read our Community Guidelines.