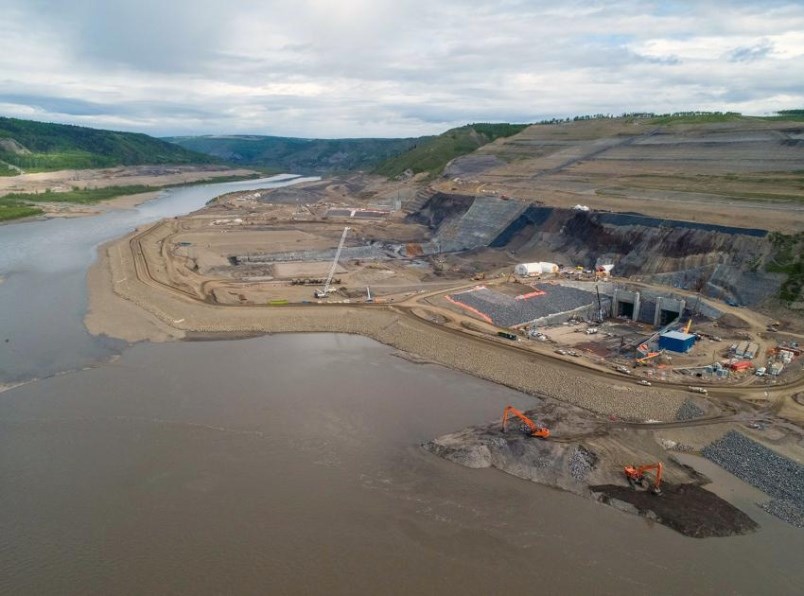 BC Hydro has confirmed a positive COVID-19 case at the Site C work camp in Fort St. John.

The worker arrived from Alberta on July 13, and immediately self-isolated after receiving their test results from Alberta Health Services on July 15, BC Hydro said. Northern Health provided a second test and confirmed the worker was positive on July 16.

"The worker is being cared for by the on-site health clinic, which has the trained staff, facilities and supplies required to provide health care to workers in isolation or quarantine," BC Hydro said in a statement. "The worker will continue isolating in their room, which is in a separate dormitory and away from other workers, until they are medically cleared to leave."

There are currently 1,446 workers at the camp outside Fort St. John, and five in self-isolation. It's not known whether the other four workers have also been tested. BC Hydro could not be immediately reached for more information.

BC Hydro said in its release that the worker had not left the camp or had any interaction with the local community prior to going into quarantine.

Construction crews were first notified in a site-wide memo on Thursday, and as part of meetings held Friday morning. The sick worker is from Edmonton, and works at a concrete plant at the dam site, according to sources.

BC Hydro said in its release that Northern Health has initiated contact tracing, and that workers are being reminded to self-monitor and report any symptoms as per the site protocols.

The company says it continues to closely monitor the COVID-19 situation, and has already implemented safety protocols in recent months to protect workers at Site C, which includes temperature checks.

A significant portion of the dam's construction was shut down in March for two months as a precaution, and restarted in mid-May.

Construction crews are working to a September deadline to divert the Peace River and begin building the kilometre-long earthfill dam across the river channel.

The potential for an outbreak at Site C has been an ongoing concern since the pandemic was first declared, prompting the City of Fort St. John to declare a local state of emergency. Mayor Lori Ackerman had few details of the case on Friday.

"Our discussions with BC Hydro is that they have the capacity to deal with that inside their camp. If that person needs hospitalization, then Northern Health will deal with that," Ackerman said.

Workers who need to self-isolate are quarantined to a 30-room dorm at the work camp. BC Hydro says it will not move workers into Fort St. John to self-isolate, and another 120 rooms in four other dorms can be used as necessary.

The Northern Health region has not recorded a new COVID-19 case since early June, and there have been just 65 cases confirmed to date, none of them active.

The case at Site C isn't expected to be added to totals for Northern Health, as the worker is from Alberta and the province is recording those numbers separately, a spokeperson said. 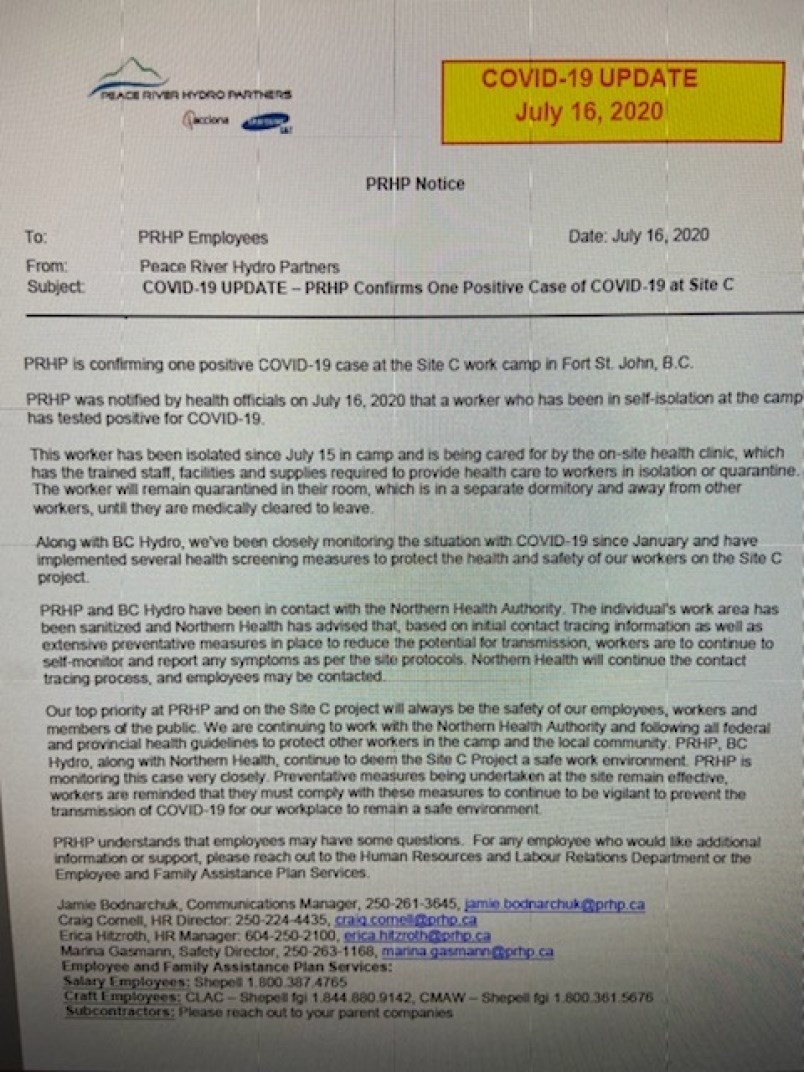