COVID-19 exposure linked to WestJet flight out of Victoria 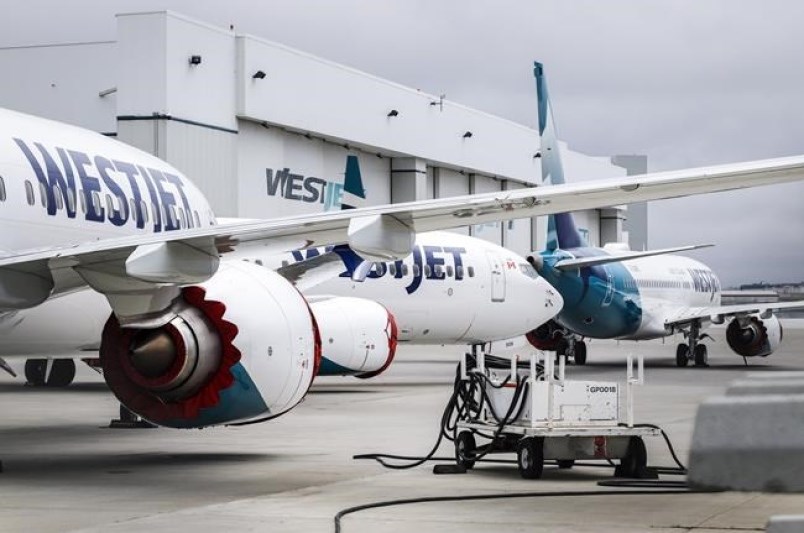 Westjet. (via The Canadian Press)

At least one case of COVID-19 has been identified on a WestJet flight that left Victoria on July 29 bound for Calgary.

The B.C. Centre for Disease Control added the flight, WestJet 538, to its list of public exposure alerts.

Passengers seated in rows 5 to 11 are considered at higher risk of exposure to the virus, but the centre says anyone who travelled on the flight should monitor themselves for symptoms for 14 days.

That means taking and recording your temperature each day and watching for symptoms like fever, cough and sore throat. An average normal body temperature taken orally is about 37 C. A self-monitoring chart is available online to help people who may have been exposed to COVID-19 track the development of symptoms.

The centre said passengers on a Delta flight on July 29 from Seattle to Vancouver and a flight from San Francisco to Vancouver on Aug. 1 may also be at risk.

All travellers from outside Canada must self-isolate for 14 days, which can limit the possible spread of the illness from international flights, but those on domestic flights are not required to self-isolate.

The latest advisories come as the province announces 53 more confirmed cases of COVID-19 on Friday and another outbreak in a long-term care facility.

One of the new confirmed cases was in the Island Health region, bringing the total to 147. Of those, three are active, and none is in hospital. Five deaths have been attributed to the virus, and 139 people have recovered.

A joint statement from provincial health officer Dr. Bonnie Henry and Health Minister Adrian Dix said there were no new deaths reported. The death toll has been unchanged at 195 for a week.

There are a total of 3,934 confirmed cases in the province, although 3,353 people who tested positive have recovered.

Eleven people are in hospital and four of those are in intensive care.

People on affected flights are not directly notified of possible exposures. Instead, the information is published on the B.C. Centre for Disease Control’s website.

B.C. Transportation Minister Claire Trevena sent a letter to her federal counterpart this week asking for help in getting airlines to provide more complete information on passengers to aid contact tracing efforts.

Henry said on Tuesday that the lack of contact information public health officials get from airlines “would shock you.”

Henry said the airlines collect information for a different reason, which means health officials might get the name of the person or company who booked the ticket rather than the person who was actually on the flight.

She said they’ve told officials at Transport Canada that during the pandemic public health workers need to be able to contact people quickly.

“Introductions from other provinces, but also from countries into Canada, are one of the things that put us at risk. So, we need to have a system that allows us to identify people rapidly.”