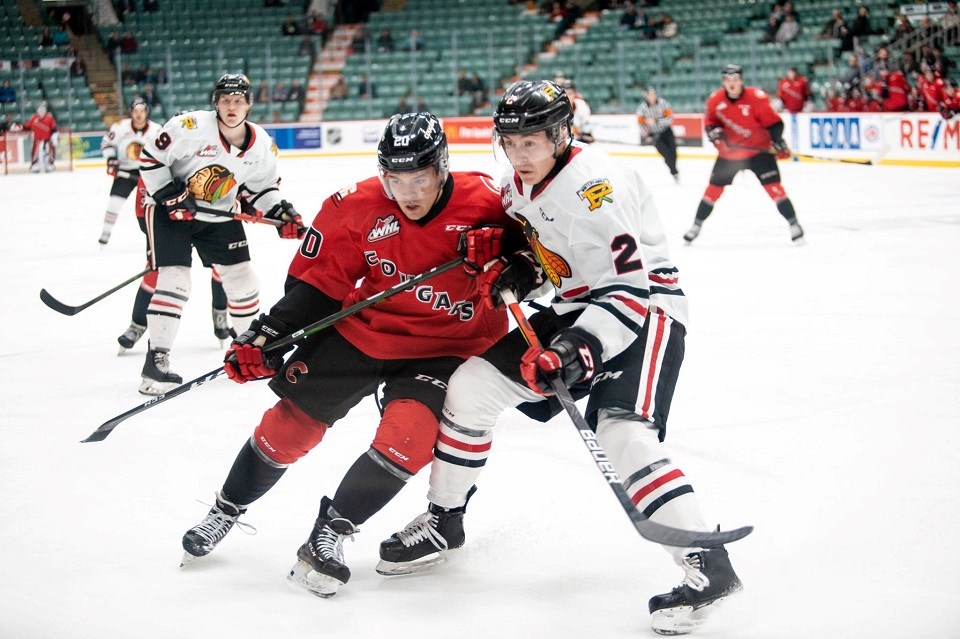 New start to a back-to-back series, same result as the start of the last.

For the second time in three games, the Prince George Cougars could not solve goaltender Joel Hofer in the first of a doubleheader, resulting in another 3-0 setback to the Portland Winterhawks Saturday night (Dec. 7).

The 2020 Canadian World Junior invitee stopped all 25 shots from Prince George in his home barn, two more than his 23-save shutout on Tuesday (Dec. 3), including 11 in each of the first two periods.

On the other side, Taylor Gauthier went to work once again for the Cats in making 43 saves on 46 shots, a third 40-plus-save night in his last six starts and his fifth overall this 2019-20 season.

This was also the fifth time this year the Cougars have failed to score a goal.

Portland’s Lane Gilliss got the Teddy Bear Toss goal for a second straight season on a sharp-angle shot from the goal line on Gauthier’s blocker side, giving the home team a 1-0 lead and stayed the same through one period of play.

The Cougars were awarded a power-play opportunity 78 seconds in the middle frame, but it was the ‘Hawks that took advantage.

One minute into Kade Nolan’s hooking penalty, Reece Newkirk found a way to score his 10th of the season, his team-leading 31st point, and give Portland the 2-0 cushion shorthanded.

Newkirk’s tally is the second time this year Prince George has given up while on a man-advantage.

Winterhawks rookie Simon Knak got to the 3-0 plateau just over the 13-minute mark of the same stanza and remained that way until the final buzzer.

Gauthier had to stop 18 shots in the third period to keep the Cats within reach of the three-goal contest.

However, the fourth consecutive loss drops his team’s record to 6-19-1-2.

Prince George wraps up not only its weekend doubleheader with Portland this evening (Dec. 8), but also the four-game season series in a span of six days.

Busy third period ultimately hurts Prince George Cougars in overtime loss to Portland
Dec 5, 2019 8:35 AM
Comments
We welcome your feedback and encourage you to share your thoughts on this story. We ask that you be respectful of others and their points of view, refrain from personal attacks and stay on topic. To learn about our commenting policies and how we moderate, please read our Community Guidelines.