Dino Trails on Amazon Prime Video spotlights the facility in an episode
Feb 5, 2020 11:35 AM By: Hanna Petersen 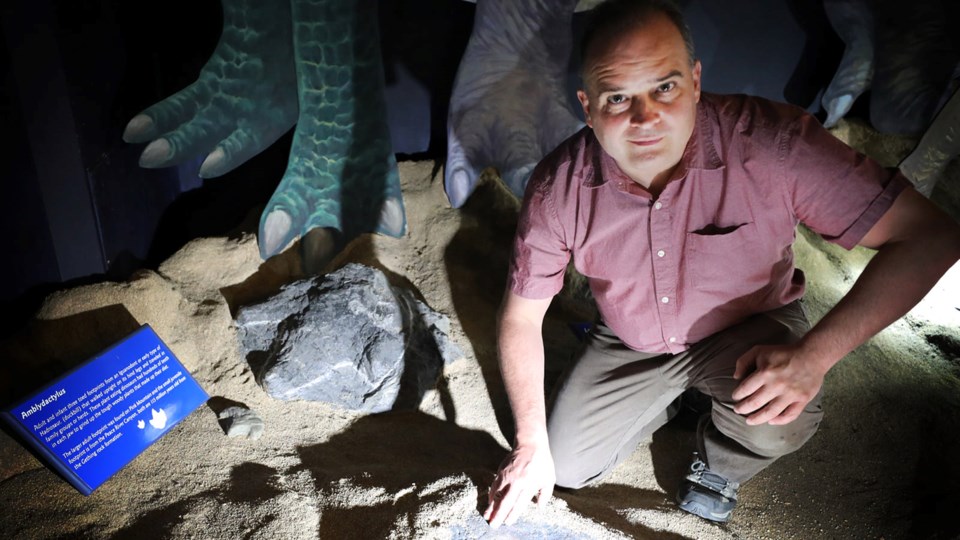 Prince George’s The Exploration Place is receiving national attention for its exhibits, this time as part of a TV series called Dino Trails.

The show, now on Amazon Prime Video, focuses on the newest discoveries of dinosaurs and fossils in B.C. and Alberta — and the tourism that results from them.

The northern B.C. episode features both The Exploration Place and the Six Peaks Dinosaur Track Site near Hudson’s Hope.

“We came to Prince George to film the dinosaur tracks that are on display and in the collections of Exploration Place. The dinosaur footprints exhibit is fascinating and easy for all ages to understand and enjoy,” says Brandy Yanchyk, the series creator, in a press release.

The episode also features paleontologists Dr. Rich McCrea and Dr. Lisa Buckley on-site at The Exploration Place, which has a permanent paleontology exhibit that showcases full-size dinosaur models and fossils from the area that are over 70 million years old.

“The paleontology exhibit can be enjoyed by visitors of all ages,” says Tracy Calogheros, CEO of The Exploration Place in the release.

“We are thrilled that it was showcased in the Dino Trails series, and we are always pleased to have Drs. McCrea and Buckley on site to share their knowledge first-hand.”

Tourism Prince George assisted with scouting for the episode and connected Yanchyk with local contacts. As part of its travel media program, the organization also provided financial assistance for the crew’s lodging during their stay in Prince George.

Dino Trails was produced with the support of Telus; with its second season recently completed, the series can be viewed on Amazon Prime Video, TELUS Optik TV on Demand, Westjet in-flight entertainment, and on YouTube.