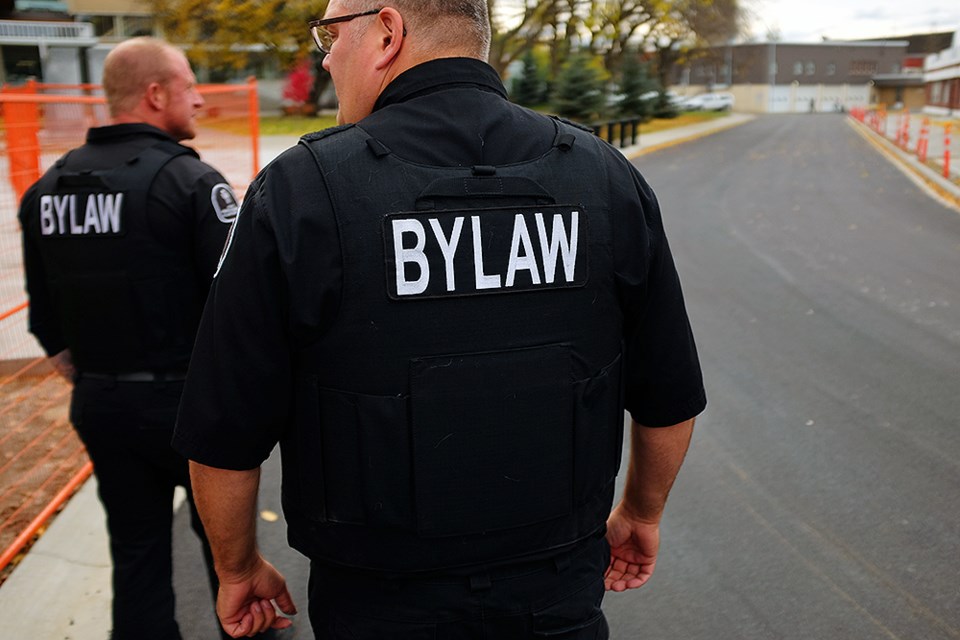 Prince George will see four more dedicated bylaw officers as well as the establishment of a downtown public safety office.

At last night’s (Jan. 11) public meeting, city council approved the transfer of a $400,000 annual budget that had been utilized for private security costs to bylaw services for the purpose of hiring four new officers.

The intent is to increase the bylaw enforcement officer coverage in the downtown and surrounding area from 7 a.m. to 11 p.m. seven says a week with the bylaw officers permanently deployed from the downtown public safety office, which will open at Second Avenue and George Street.

“The idea is that those four officers would have more of a boots on the ground approach […] with the officers walking predetermined routes and this would provide a model that would allow bylaw services to continue to work closely not only with other agencies but also the downtown businesses as well,” said Acting City Manager Walter Babicz.

This recommendation came from feedback from the Select Committee on a Safe, Clean, and Inclusive community and the $400,000 was initially budgeted during the Safe Clean and Inclusive Service Enhancement package approved during last year's budget debates.

“All we are asking is those funds to be used for a different purpose, so it’s not an increase but rather a reallocation from one division to another,” said Babicz, who requested council’s approval ahead of the Jan. 25 budget discussions so city staff could get working on the hiring process.

He said the vision is that these enforcement officers would work, and be present, in the downtown public safety office with an integrated approach with social service agencies, Northern Health and the RCMP.

Babicz said the city is hoping to have the downtown public safety office opened between March and April this year, but the hiring of the new bylaw officers would begin as soon as possible.

“I really am looking forward to this new office opening with a comprehensive service model because without a comprehensive approach it won’t be successful,” said Coun. Murry Krause.

Mayor Lyn Hall also clarified that the new bylaw officers would also cover the civic facilities in the downtown area, that the private security services are currently covering.

The motion to reallocate the $400,000 annual budget to bylaw services was passed unanimously by council.

The recommendation to reallocate the funding is one of the four ‘key commitments’ from the Select Committee on a Safe, Clean and Inclusive Community, that city council approved earlier in the meeting.

The key commitments outline further actions to improve conditions downtown and throughout the community presented in the committee’s first report.

The committee was formed following a public consultation on Dec. 2, 2019, to allow representatives of the business community and members of the public to share their concerns and suggestions on a variety of community social issues mainly regarding homelessness, crime, and the ongoing opioid epidemic.

Comprised of 14 members, the committee was formed to advise council and City staff on priorities and strategies related to key issues and work required to be done to address social issues throughout Prince George, with a focus on the downtown core.

It consisted of representatives from local social service agencies, Northern Health, BC Housing, the RCMP, business organizations and community members.

“We have known for a very long time a that the city has been the go to organization for much of what is going on, not only in downtown but throughout our entire community, and our focus and our ability in our jurisdiction is limited, as is limited with other partner groups, so it’s important we drive this forward into an advocacy and a strong partner perspective,” said Mayor Hall regarding the committee's work.

The key commitments recognized by the city are focused on advocacy, coordination and a service enhancement review: