Brooks Bandits even up the series by winning Game Two Saturday night
Apr 28, 2019 7:35 AM By: Kyle Balzer 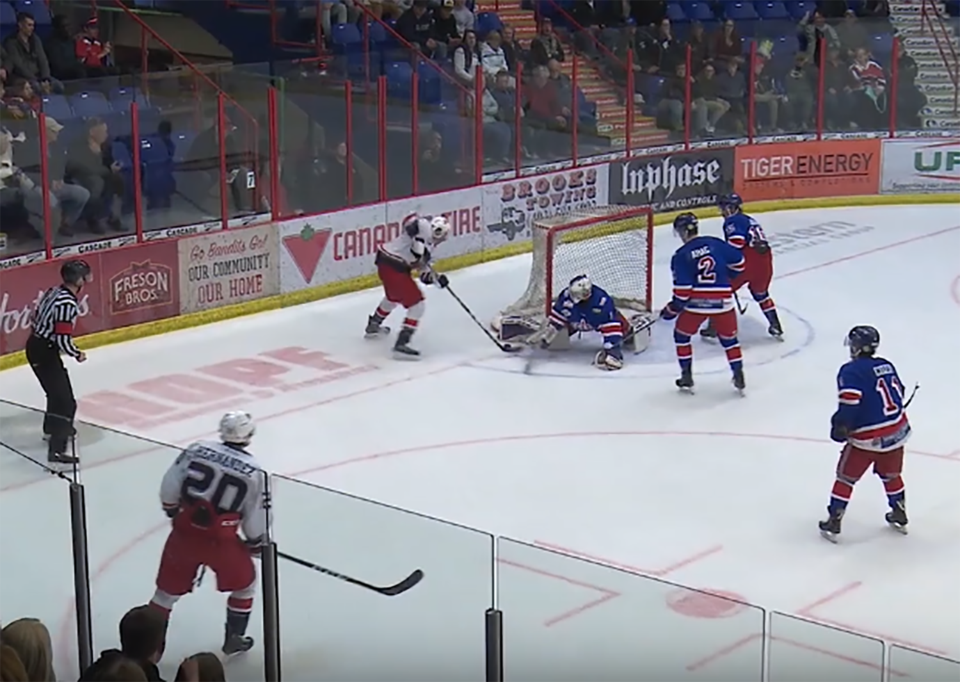 The storybook of the Prince George Spruce Kings playoff run has turned a new page.

For the first time in 53 days, the ‘Kings lose a game in the 2018-19 post-season, falling 3-1 in Game Two of the Doyle Cup to the Brooks Bandits on the road in Alberta.

The regional finals are now split at 1-1.

Even with the setback, Prince George’s playoff record stands at 17-2, but their quest for a fourth straight series sweep has been brought to a halt by the National Junior ‘A’ Championship hosts.

The last time the Spruce Kings lost came at the hands of the Coquitlam Express in a 3-0 shutout in Game Five of their B.C. Hockey League (BCHL) series on Mar. 5.

.@SpruceKings lose for the 1st time since Game 5 of the first-round of the BCHL Playoffs, falling 3-1 to @BrooksBandits in Game 2 of the Doyle Cup. Game 3 in Alberta on Sunday; Game 4 at RMCA on Wednesday | #CityOfPG @GoBCHL @HC_NJAC @PGMatters pic.twitter.com/MtKtU4D349

Goaltender Logan Neaton saw more action Saturday night (April 27) than normal as the home team gave everything they had offensively.

The American import faced 41 shots through 60 minutes, making 38 saves in the process, including 20 saves on 22 attempts from Brooks in the first period alone.

Unfortunately, the Spruce Kings only managed to get 14 shots on net and getting one of them past Pierce Charleson.

That lone goal came from Fin Williams with over four minutes left in the second period for his second of the playoffs.

PG is on the board! The @SpruceKings get a huge save from Logan Neaton at one end and 16-year-old Finlay Williams buries on a 2-on-1 to make it 2-1 Brooks heading into the third. #DoyleCup pic.twitter.com/jmLSVHFw3Y

He scored the game-winning marker in Game Two of the BCHL Fred Page Cup Finals against Vernon (April 13), eight days shy of his 16th birthday.

His goal cut Prince George’s deficit to one as the Bandits made it 2-0 after the first frame, scoring within six minutes of each other (3:01, 8:44).

Brooks lit the go-ahead lamp over six minutes into the third period and would hang on for the victory to even the Doyle Cup series.

With the loss, the Spruce Kings will stay in our neighbouring province for one more game before returning to the comfort of home.

The remaining contests will be in Prince George at the Rolling Mix Concrete Arena (RMCA) with Games Four and Five guaranteed for Wednesday (May 1) and Thursday (May 2) this week.

Puck drop for both nights is scheduled for 7 p.m.; if the series needs Game Six and/or Seven, those will be played Saturday (May 4) and Sunday (May 5).

QUICK HITS: The Brooks Bandits tie up the 2019 Doyle Cup at 1 game apiece with a 3-1 win in Game 2 at home! #AJHL #BCHL pic.twitter.com/PDfUWhYr6N