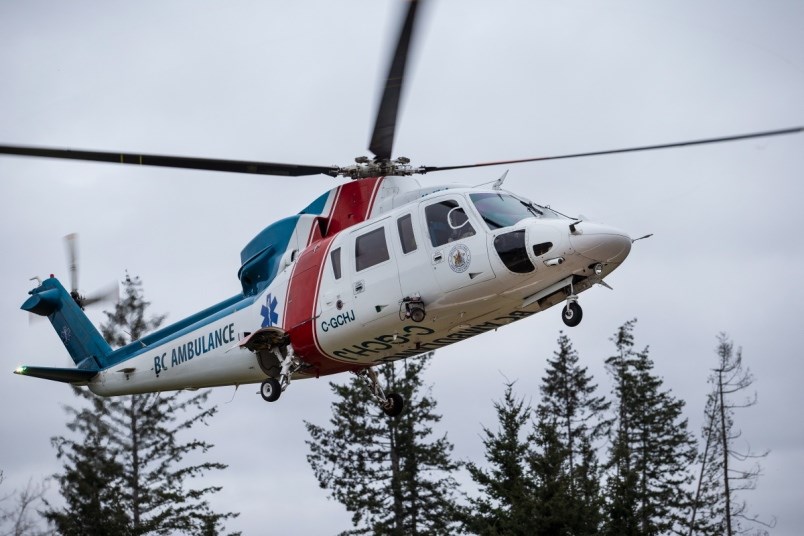 A driver of one of the vehicles involved in a Prince George collision this morning (Jan. 26) has been taken to the lower mainland to be treated for injuries.

According to RCMP, they were airlifted to Vancouver General Hospital following a motor vehicle incident on Ospika Boulevard between David and Range Roads.

Mounties have determined a northbound vehicle lost control coming around a bend, crossed the meridian and crashed into a southbound vehicle.

“It is unknown at this time what all the causal factors are in this incident,” says spokesperson Cst. Jennifer Cooper.

“Mechanical data will be collected from both vehicles to aid investigators in making their determination.”

Both drivers were initially taken to University Hospital of Northern BC (UHNBC), but the northbound vehicle driver has since been taken to Vancouver for further treatment.

Police say the southbound-vehicle driver was treated for their injuries and released from hospital.

Ospika has since reopened for traffic following roughly a five-hour closure.