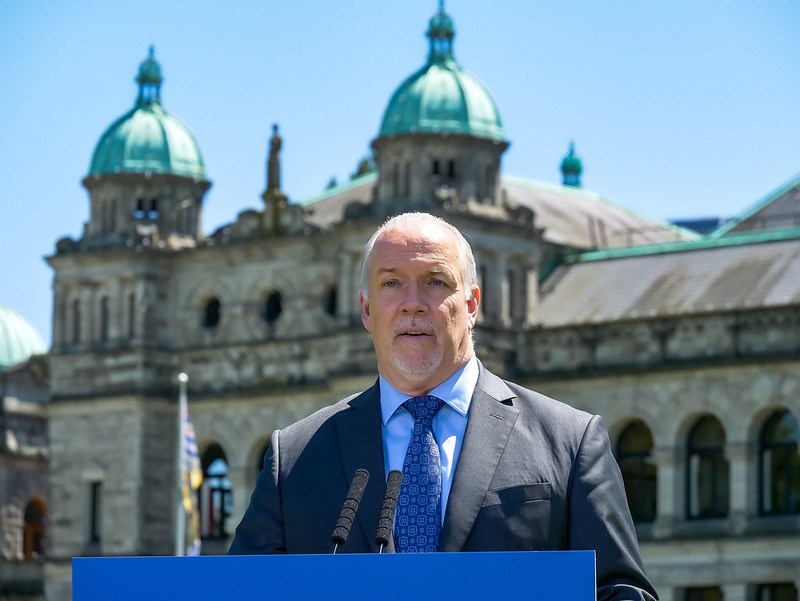 Voters in B.C. are heading to the polls earlier than expected.

Premier John Horgan met with the Honourable Janet Austin, Lieutenant Governor of B.C., this morning (Sept. 21), then announced she accepted the request to dissolve parliament, triggering a sudden election scheduled for Saturday, Oct. 24.

"I want everyone to know I have struggled mightily with this decision, and it did not come easy to me," Horgan said.

He cited the COVID-19 pandemic, and the need to address it, as one of the reasons for calling an early election.

"This pandemic will be with us for a year or more, and that's why I believe we need to have an election now," Horgan said. "We can either delay that decision and create uncertainty and instablility over the next 12 months -- more speculation, more talk about what might be -- or we can do what I believe is always the right thing and that's ask British Columbians what they think."

In calling a snap election, Horgan is violating B.C.'s fixed election statute. In 2001, the former BC Liberal government enshrined fixed election dates into the Constitution Act. The next provincial election should be held in October, 2021.

The Horgan government's handling of the COVID-19 pandemic has resulted in high approval ratings, so Horgan is no doubt banking on that to secure a majority, and free his government from the Green Party's influence.

Voting day was scheduled to originally take place in May 2021.

Before today's announcement, in recent weeks, six NDP MLAs announced they were not seeking re-election, which fueled the fire of a possible snap-election.

Meanwhile, newly elected B.C. Green Party Leader Sonia Furstenau took to Twitter to voice her displeasure in Horgan's decision. The party helped the NDP secure government in the 2017 election, ousting Christy Clark and the Liberals, who were in power for the previous 16 years.

I met with @jjhorgan on Friday and told him he had a stable government. This election is completely unnecessary.

The NDP has chosen the pursuit of power over the health and safety of British Columbians. #bcpoli

- with files from Nelson Bennett, Business In Vancouver

Three Metro employees dismissed following fatal Cleveland Dam incident
Oct 31, 2020 12:00 PM
Comments
We welcome your feedback and encourage you to share your thoughts. We ask that you be respectful of others and their points of view, refrain from personal attacks and stay on topic. To learn about our commenting policies and how we moderate, please read our Community Guidelines.