Editorial: We need to change how care homes are operated 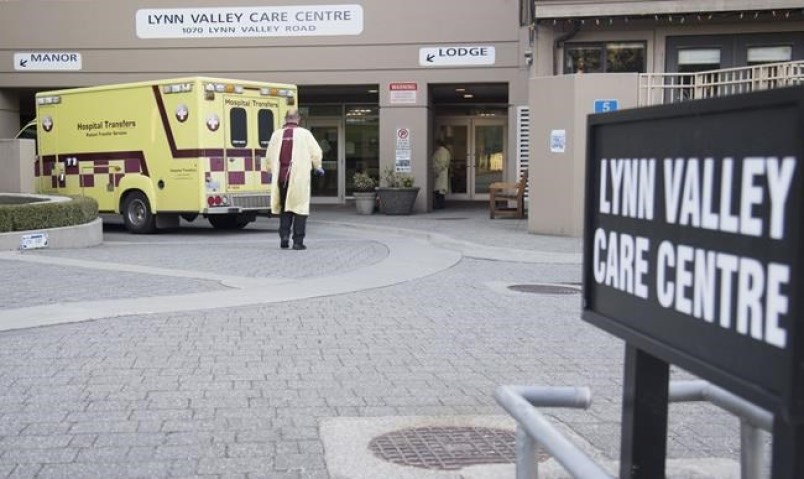 Lynn Valley Care Centre in North Vancouver was a hot spot when the COVID-19 pandemic hit B.C. (via Glacier Media)

A new report by the Canadian Institute for Health Information reveals an extremely disturbing picture of COVID-19 mortality rates in our country’s long-term care facilities.

Across 17 countries in the Organization for Economic Co-operation and Development, Canada’s care homes accounted for the highest proportion of overall COVID deaths. Our numbers are double the OECD average.

Specifically, 81 per cent of all Canadians who had died of the disease as of May 20, died in long-term care. That compares to the OECD average of 42 per cent. The next highest death rate was reported in Spain, at 66 per cent.

These figures need to be treated with a degree of caution. Different countries use their own definitions of long-term care. Nevertheless. it appears unlikely that this alone could account for our dismal performance.

Moving on to a province-by-province comparison, B.C.’s percentage of long-term care cases, as a proportion of total cases, was higher than any other jurisdiction. Nearly one-third of reported cases across B.C. occurred in long-term care facilities. Nova Scotia and Ontario came second and third, respectively, at around one-quarter of cases.

Again, caution is needed with these figures. But as before, it seems improbable that this is a sufficient explanation.

There is some good news for B.C. Although we recorded a nation-leading proportion of cases in long-term care facilities, our death rates at these locations were lower than some other provinces.

While the fatality rate in B.C. facilities was 64.6 per cent of all COVID deaths, it was 82 per cent in Ontario and Quebec, where by far the largest number of deaths occurred, and a staggering 97 per cent in Nova Scotia.

This might suggest that while we did a relatively poor job of keeping the disease out of our facilities, we were more successful than some other provinces in treating those residents who became infected.

First, our country has fewer health care workers (nurses and personal support aides) per resident than the OECD average. Notably, B.C. for years had one of the worst staffing ratios in the country. While additional resources have been made available, it’s not clear whether these are sufficient.

Second, countries that adopted centralized regulation and organization of long-term care facilities had relatively fewer cases and deaths. Canada has failed to pursue either of these policies.

Ontario is a large part of the problem. That province has struggled to find a workable system of regional health authorities employed by most other jurisdictions. But that makes central oversight and direction almost impossible.

Third, those countries that implemented prevention measures most rapidly got the best results. These included ensuring that personal protection equipment was available to residents and staff, barring visits by relatives, and preventing staff from working at more than one facility.

While B.C. adopted some of these measures at an early stage, Canada as a whole was apparently deficient in all these measures. No doubt that explains our country’s grimly high death rates in long-term care facilities. While residents of these care homes were always going to be at greater risk, given their age and often compromised immune systems, this is a shocking indictment.

The question is what can be done. Prime Minister Justin Trudeau has said nothing is “off the table”.

One obstacle may be that long-term care is not part of our national health-care system. That could make an intervention by Ottawa more difficult.

Yet there is clearly a need for national standards against which to measure local performance. And those standards will have to be orders of magnitude tougher than anything now in place. This cannot be left, piecemeal, to the provinces, or we’ll end up back where we started. Realistically, some form of national inquiry is needed, even if follow-up implementation is left to local authorities.

As it stands, the inescapable conclusion is that for several decades we have allowed our most vulnerable citizens to fall victim to a regime of tolerated indifference, inadequate resourcing, lack of foresight, and outright mismanagement. Unfortunately it took the COVID outbreak to draw attention to these shortcomings.

This is one of the darkest chapters in the history of Canada’s public sector. It is up to all of us to ensure it never happens again.