Emergency Response Team called in due to ‘extreme high risk’ for public safety
Sep 23, 2020 9:35 AM By: Kyle Balzer 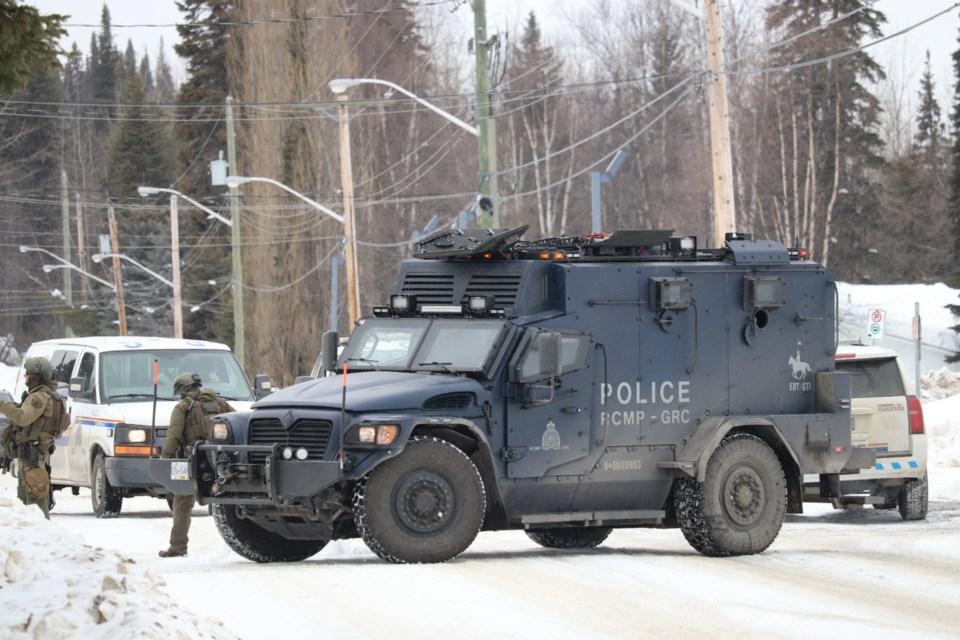 Eight were arrested, but only two are headed to court following an RCMP raid in Spruceland early this morning (Sept. 23).

According to Prince George Mounties, as an ‘extreme high risk’ to public safety was a possibility, a Criminal Code search warrant was executed at a home on 400-block South Lyon Street, where several firearms, ammunition and a stun gun were seized.

As a result of the situation, the North District Emergency Response Team (ERT) was called in to help.

Two of the suspects, men aged 28 and 21, were taken into custody as both are well-known to police and have a violent history.

The other six were released as an investigation continues and awaiting charge assessment by the BC Prosecution Service.

No names have been released.

“The action taken by police was a direct result of the on-going investigation into the increased violence involving firearms in our community,” says Cpl. Craig Douglass in a news release as this comes a day following an investigation into gun violence between two drug-trade rival groups.

He notes more police action is ‘likely’ considering the nature of the incident.

“The Prince George RCMP is committed to aggressively targeting those responsible for causing harm through drug trafficking and its associated violence in our community.”

Anyone with more information about violence of illegal firearms is asked to call Prince George RCMP at 250-561-3300, anonymously contact Crime Stoppers at 1-800-222-8477 or go online to www.pgcrimestoppers.bc.ca.

Charges approved for Prince George Ospika break-and-enter suspect
Sep 15, 2020 11:35 AM
Comments
We welcome your feedback and encourage you to share your thoughts. We ask that you be respectful of others and their points of view, refrain from personal attacks and stay on topic. To learn about our commenting policies and how we moderate, please read our Community Guidelines.