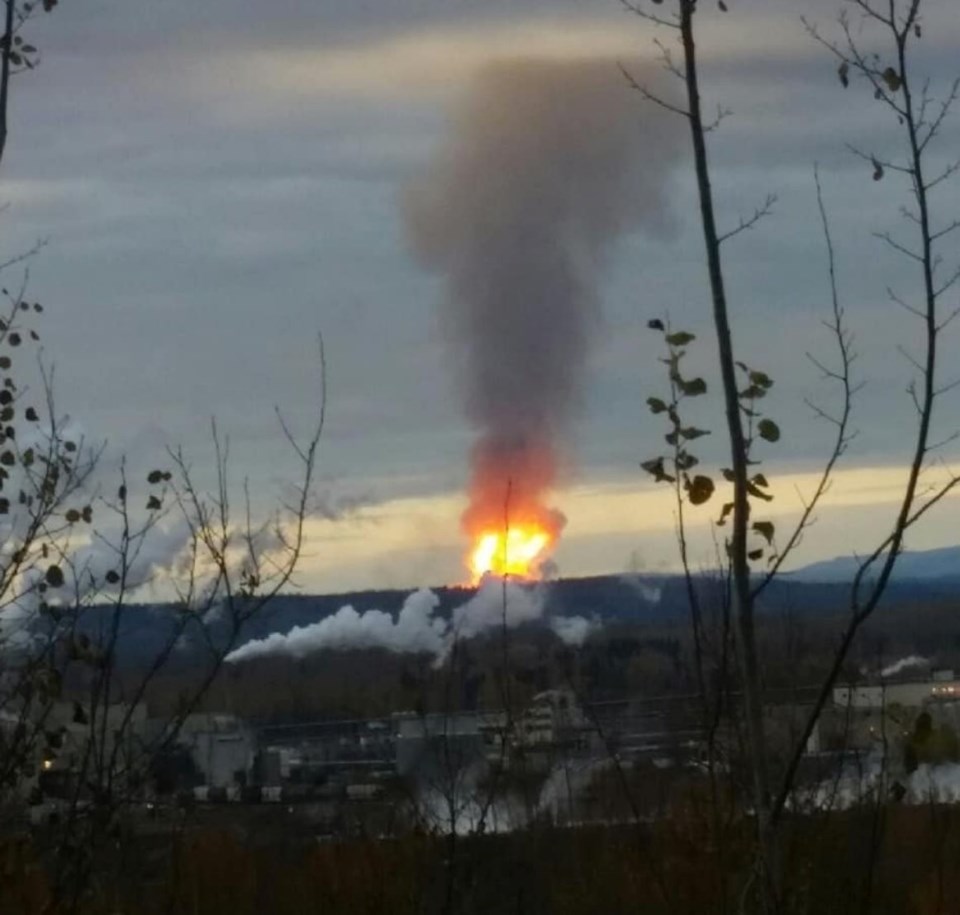 Enbridge Inc. says it has increased the flow of natural gas through a pipeline that ruptured near Prince George more than a month ago.

The company says it will increase pressure on a 91-centimetre pipeline to 85 per cent of its normal operating pressure, following an amendment order from the National Energy Board.

That's up from 80 per cent of normal operating pressure at the time of the Oct. 9 explosion.

The NEB had ordered Calgary-based Enbridge to limit gas flows at 80 per cent pressure levels from the blast site.

The explosion ruptured the 91-centimetre natural gas pipeline, but did not damage an adjacent 76-centimetre pipeline.

One of the province's largest utilities, FortisBC, has said natural gas supply will be reduced during the coldest months of the year.

The RCMP has said there is no indication the pipeline rupture and ensuing fireball involved criminal activity.