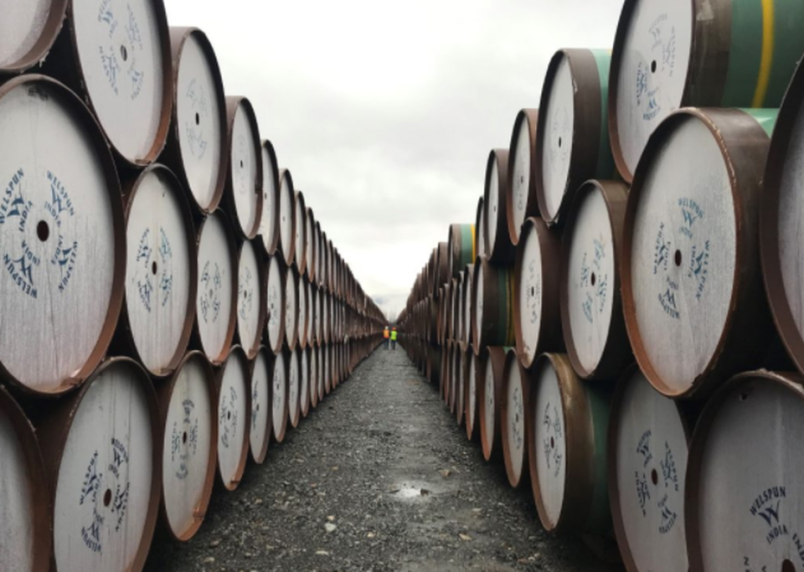 The society, which is governed by Wet’suwet’en hereditary chiefs opposed to the project, filed a petition in BC Supreme Court on Feb. 3, days after the company was granted an injunction to clear protesters who have been resisting the company’s efforts to build a natural gas pipeline on the nation’s territory.

According to the petition, the original certificate authorizing the project was granted in October 2014, and expired in October 2019. The company applied for an extension, the treaty office claims, when the company had done “minimal” work on the project including clearing work for the pipeline right-of-way, worker camps and roadway upgrades.

But, the Wet’suwet’en claim, the Environmental Assessment Office (EAO) was allegedly unreasonable in granting the extension for failing to consider Coastal GasLink’s (CGL) “pattern of non-compliance” with certificate conditions. The company, according to the treaty office, had 50 instances of non-compliance with the environmental assessment certificate, including failing to notify land tenure holders about construction activity and wrongfully denying Indigenous Peoples’ access to lands where they “harvest medicinal and food source plants, or … carry out other traditional use activities.”

In addition, the company was required to develop a “Social and Economic Effects Management Plan,” designed to lessen “‘potential adverse socio-economic effects on the regional and community infrastructure and services’ during construction of the Project.” Such adverse effects were indentified in the final report of the National Inquiry into Missing and Murdered Indigenous Women and Girls, the petition states, including “impacts arising from an influx of transient workers and industrial camps.”

The Wet’suwet’en claim the company’s management plan fell short, and “does not contain a gender-based analysis or indentify any gender-based harms, nor any mitigation specific to the potential adverse impacts on Indigenous women, girls and 2SLGBTQQIA people arising from the Project.”

“CGL has exhibited non-compliance that is lengthy in duration. In one instance, CGL was non-compliant with pre-construction certificate conditions for almost two years,” the petition states. “CGL has failed to consistently remedy its non-compliance promptly or voluntarily.”

“The statutory purpose of the EAO is to assess, review, and make determinations regarding projects that may have significant adverse environmental, economic, social, heritage or health effects,” the petition states. “By relying on B.C.’s promise of a ‘path forward’ and a cross-ministry review process to address gender-based violence in the future, the Decision is incorrect. Administrative decision-makers should not rely upon proposed future actions of the political branches of government when discharging their regulatory functions.”

The Wet’suwet’en Treaty Office Society seeks to quash the decision extending Coastal GasLink’s environmental assessment certificate. The petition’s factual basis has not been tested in court and the Environmental Assessment Office had not responded to the case by press time.

Centre for Disease Control identifies four B.C. flights for possible COVID-19 exposure
Sep 25, 2020 11:05 AM
Comments
We welcome your feedback and encourage you to share your thoughts. We ask that you be respectful of others and their points of view, refrain from personal attacks and stay on topic. To learn about our commenting policies and how we moderate, please read our Community Guidelines.