Everything you need to know about moose safety in Prince George 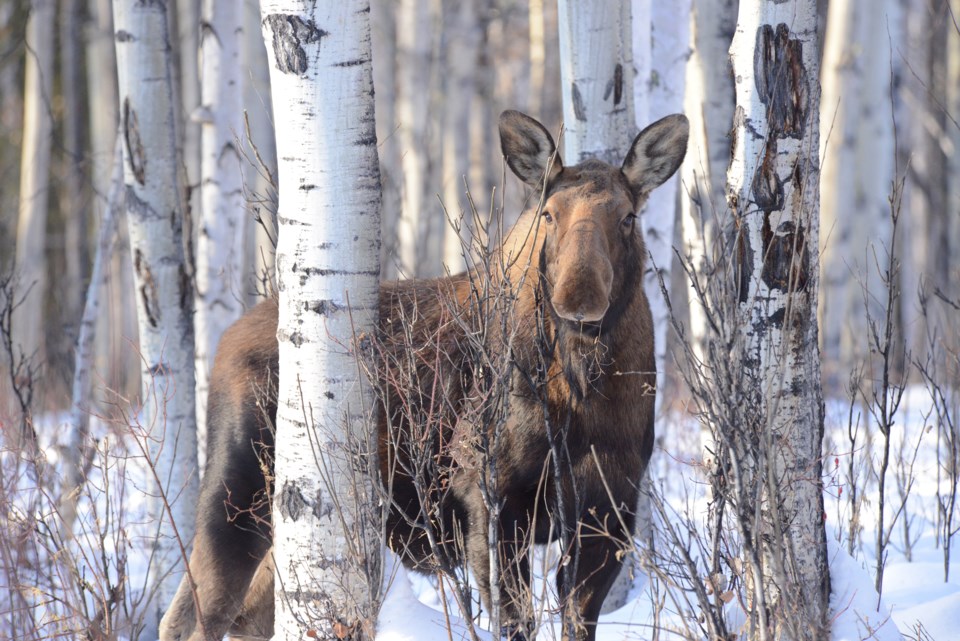 We live in Moose country. Recent spotting and incidents involving an aggressive moose are a powerful reminder of that fact, so why not refresh ourselves, with a few essential moose safety facts to keep in mind as we enjoy our urban forest.

If you’ve seen one or two or ten moose in your day than it’s easy to believe that moose are the tallest land mammals in North America.

They are down-right massive and are not the friendliest creatures.

Wildsafe B.C. says attacks on humans by moose are rare but can occur, especially when a female is protecting her offspring.

So what should you do if you see a moose? According to the organization you should:

Never approach a moose. You should stay as far back as possible and give the animals a wide berth. Make sure the moose always has an escape route so it doesn’t feel trapped.

Female moose with calves need even extra space. Moose cows are very protective of their young and may attack if they perceive a threat. If you come across a cow and calf, calmly leave the area immediately.

Also, be aware of moose body language. A threatened moose may lower its head and flatten its ears before charging. If you see these behaviours, find an escape route.

If a moose does charge you, getting inside a nearby building or car is the safest option, but hiding behind a large tree or other solid objects may effectively block the charge.

A moose can seriously injure or kill a dog if it feels threatened. Likewise, loose dogs can harass moose, causing undue stress. Never let your dog out if there is a moose in your yard.

“With moose we advise to give them a wide berth if you get too close they might see it as predation and give a bit of a charge,” says McArthur. “Take positive control of any dogs that you have and just move away slowly. Give them some space and make sure you are not in its way.”

Positive control essentially means that if you have your dog off-leash make sure your dog will listen to you so that you can call your dog back and get it out of the situation if it attempts to chase a moose.

“It all depends on each individual animal and how they feel you are needed to respond,” says McArthur. “But because dogs tend to get in really close, moose are more likely to chase a dog so that is why we advise positive control.”

He also notes that if you are hiking and find a moose blocking your trail, it’s best to just turn around and go another way rather than attempting to get the moose to move.

You should also report all wildlife encounters to the B.C. Conservation Officer Services RAP line at 1-877-952-7277.

The University of Northern British Columbia (UNBC), where moose are frequent visitors, also has a great resource on wildlife encounters including moose.

They also report that if you are charged by a moose walking quickly or running to hide behind a big tree or stationary object is the best method of defense.

“Continue to try to get away from the animal while always keeping large solid objects between yourself and the moose. It is imperative that no false sense of security is attained once a large solid object is between a person and an angry moose, as moose are very capable of kicking accurately with their forelegs around a tree trunk,” reports UNBC’s wildlife encounters webpage.

It’s likely you’ll see moose at some point in Prince George, so one thing to keep in mind is to give the animals as much space as you can.

Prince George community group wants to light up Ginter’s Meadow
Feb 14, 2019 4:35 PM
Comments
We welcome your feedback and encourage you to share your thoughts. We ask that you be respectful of others and their points of view, refrain from personal attacks and stay on topic. To learn about our commenting policies and how we moderate, please read our Community Guidelines.