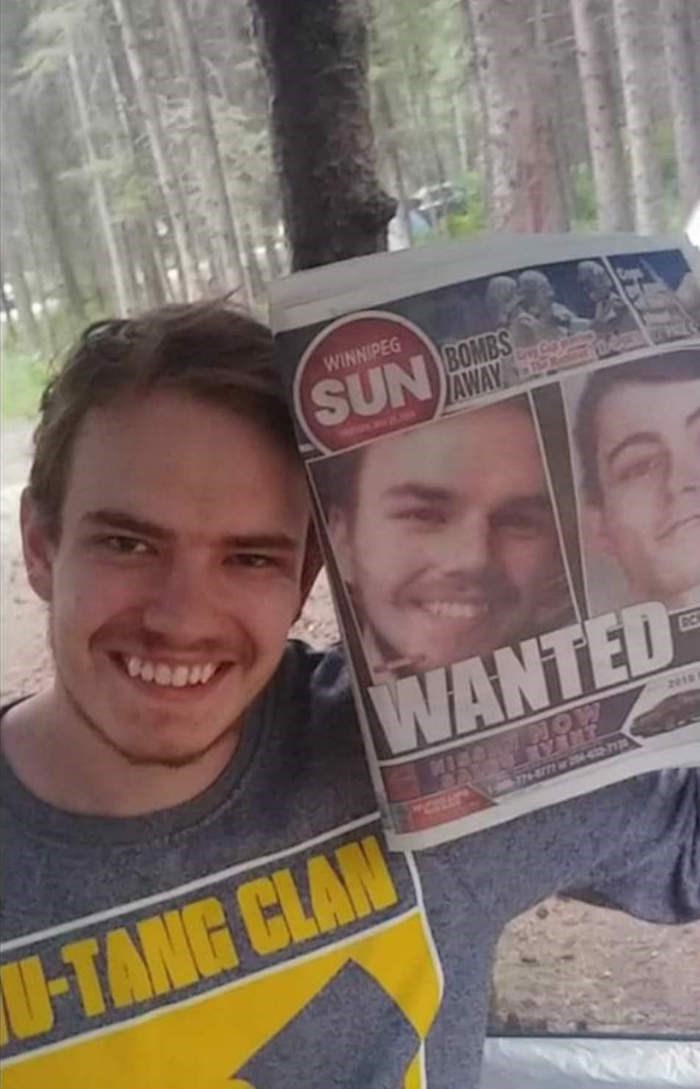 Manitoba RCMP confirm this is photo is not authentic. (via Imgur)

Manitoba RCMP are asking the public not to spread rumours about the search for B.C. homicide suspects Kam McLeod, 19, and Bryer Schmegelsky, 18, after a photo purporting to be one of the men posing with the July 25 edition of the Winnipeg Sun began circulating online.

“We can confirm that the current photo circulating online of a man posing with the front page of yesterday’s paper is not one of our suspects,” RCMP said via social media July 26.

“Our officers are working diligently to find these suspects and we will release updates as soon as we have concrete, confirmed information to share. We understand many people are experiencing fear and uncertainty over this incident but spreading online rumours doesn’t help. There continues to be a heavy police presence in the Gillam area, as our officers conduct detailed and thorough searches of potential areas of interest.”

We can confirm that the current photo circulating online of a man posing with the front page of yesterday’s paper IS NOT one of our suspects. #rcmpmb

Manitoba RCMP said July 25 that they believe McLeod and Schmegelsky are still in the Gillam area, based upon two confirmed sightings prior to the pair’s burnt vehicle being discovered July 22 and the fact that no vehicles in the area have been reported stolen.

A burnt and abandoned Toyota Rav 4 that the two had been driving was discovered between Gillam and Fox Lake Cree Nation by Billy Beardy July 22.

There continues to be a heavy police presence in the Gillam area, as our officers conduct detailed & thorough searches of potential areas of interests. #rcmpmb pic.twitter.com/R6ZHjxCiDl

McLeod and Schmegelsky are wanted in connection with the killings of Lucas Fowler and Chynna Deese, found dead on the Alaska Highway in B.C. July 15, and have been charged with second-degree murder in the death of Leonard Dyck of Vancouver, whose body was found south of Dease Lake, B.C. July 19.

Dyck’s body was discovered about two kilometres from a burnt-out camper truck that McLeod and Schmegelsky had been driving when they left Port Alberni on Vancouver Island, ostensibly on the way to Alberta to look for work.

Vancouver man murdered in northern B.C. 'loving father' and 'passionate' UBC lecturer
Jul 25, 2019 10:38 AM
Comments
We welcome your feedback and encourage you to share your thoughts. We ask that you be respectful of others and their points of view, refrain from personal attacks and stay on topic. To learn about our commenting policies and how we moderate, please read our Community Guidelines.