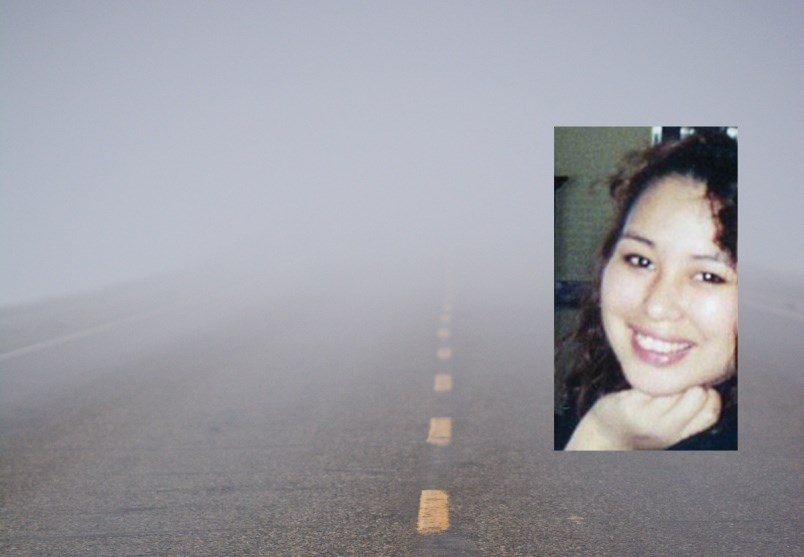 Cynthia Maas is an aboriginal woman who was murdered by Canada's youngest serial killer, Cody Legebokoff, who was convicted of the crime in 2014. Local aboriginal leaders want to know why cases such as this - and those of countless other aboriginal individuals - were not afforded the same resources and attention as the current spate of killings in northern B.C. (via Glacier Media)

Northern B.C. First Nations would like to see similar resources and public focus on their missing loved ones as has been shed on the deaths of two tourists on the Alaska Highway.

“We wish as much effort would go into looking for our people as well,” Prince George-based Carrier Sekani Tribal Council Chief Mina Holmes told Glacier Media. “It’s a reminder that we aren't afforded the same kind of attention as other people.”

RCMP announced today (July 23) that two Port Alberni men are suspects in the murders of Lucas Fowler and Chynna Deese on the Alaska Highway (Highway 97 North), and the death of a man on Highway 37 near Dease Lake.

They were found shot to death outside their van south of Liard Hot Springs in northeast B.C. on July 15.

In the past two decades, dozens of women have vanished on Highway 16, the so-called Highway of Tears, which winds its way across B.C. from Prince George to Prince Rupert.

And, Cody Legebokoff earned himself a place in B.C.’s pantheon of infamy as Canada’s youngest serial killer in 2014 when he was convicted of killing four women in the Prince George area.

Further, others have gone missing on Highway 97 south, with only one person of interest ever identified.

And, he had already died in a U.S. prison.

Bobby Jack Fowler died in an Oregon prison in 2006 while serving a 16-year sentence for kidnapping, assault and attempted rape.

He was linked to at least one B.C. murder, unsolved cases along the Highway of Tears and four other murders in Oregon.

Holmes says her heart goes out to the Deese and Fowler families, that the area’s First Nations people understand that shock and pain, that they can empathize.

But, she asks, why is the response so fast when the case involves white tourists?

“It brings back a lot of sadness and sorrow, frustration,” she told Glacier Media.

She implored the police and government to act with the speed the world has seen in the Fowler-Deese case when it comes to aboriginal deaths or missing persons cases.

“This is no longer a Canadian issue,” she said. “We feel deeply for the families and relatives. It must be very challenging for the families being so far from home and going missing. We can empathize with that feeling so much.”

Police are warning the public to keep away from Port Alberni residents Kam McLeod, 19, and Bryer Schmegelsky, 18, if they see the pair.

They had been seen in northern Saskatchewan driving a grey 2011 Toyota RAV 4 but have also been reported in Gillam, Manitoba, 1,100 km north of Winnipeg.

Anyone with information on their whereabouts is urged to call 911 immediately and to not approach the pair who are considered dangerous.

They may be driving a different vehicle and may have changed their appearances, police warn.

"We believe that they're likely continuing to travel but we don't have a possible destination," Sgt. Janelle Shoihet said Tuesday (July 23).

The men are both six-foot-four inches tall, weighing around 169 pounds.

Holmes said some comfort can be taken in the identification of the suspects.

“On the other hand, Indigenous people have lived through decades of having their women and girls disappearing and being murdered on the highway and most of the cases have remained open for years,” she said.

International couple killed in double homicide in northeastern B.C.: RCMP
Jul 19, 2019 10:30 AM
Comments
We welcome your feedback and encourage you to share your thoughts on this story. We ask that you be respectful of others and their points of view, refrain from personal attacks and stay on topic. To learn about our commenting policies and how we moderate, please read our Community Guidelines.