More than three times as many male drivers die on our roads as female drivers
Sep 24, 2018 2:35 PM By: Guest Columns 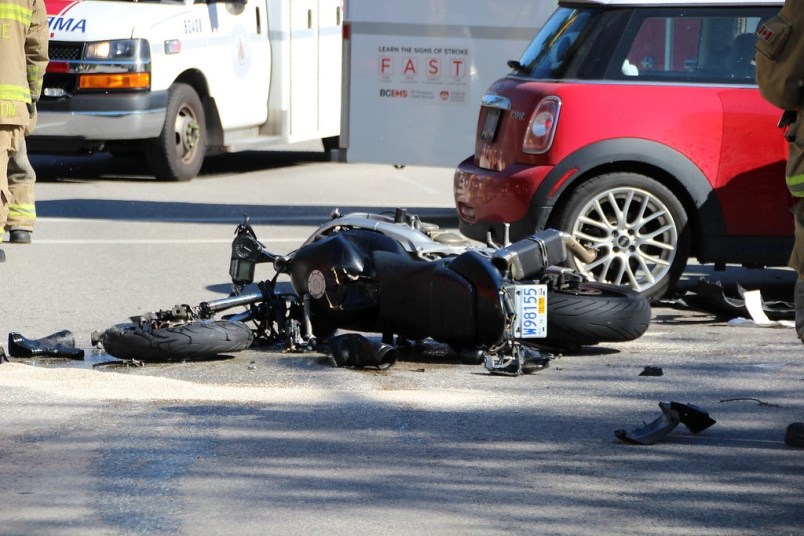 With great power comes great responsibility — but you wouldn't know it from some of the troubling, recent traffic statistics in B.C.

Last year, we saw about 350,000 crashes in our province. Too often, speed, distraction and impairment are the top contributing factors cited by police in the worst incidents, where people suffer death or serious injury.

Meantime, at least one police agency has observed a major increase in excessive speeding. This year, Ridge Meadows RCMP officers have stopped 25% more drivers for this serious infraction. And police on Greater Vancouver's North Shore have seized vehicles allegedly racing at ludicrous speeds.

As the minister responsible for road safety in B.C., I'm troubled by these facts. The reason I'm writing at this time is because — beyond the factors cited above - these incidents disproportionately involve one other thing:

Young men, as drivers and victims. More than three times as many male drivers die on our roads as female drivers.

This month, you may be starting or resuming your post-secondary journey and celebrating with friends you haven't seen all summer. You may be among those students lucky enough to pull onto campus in a nice car or on a sleek bike.

There's nothing wrong with that. I'm not writing this to be a killjoy.

Quite the contrary: what I want you to consider is how easily you could become a killjoy by not using your power responsibly.

I know you're inundated with advertising, movies and other media suggesting you're invincible in today's vehicles.

What hasn't changed, though, are the laws of physics. The faster you go, the longer it takes to stop — exponentially. Even factoring in reaction time (for those of you who claim lightning reflexes), a car going 100 km/h takes five times as far to stop as one doing 30 km/h.

And if you're distracted by your phone, impaired by alcohol or drugs, or just tired from pulling an all-nighter to finish a term paper, the situation's guaranteed to be worse.

As someone who attended high school at the tail end of the muscle-car era, I get that if you have a great ride, you may want people to remember you for it.

But trust me: what you really don't want is to be remembered for killing yourself, a friend or a complete stranger.

Over the last year, our government has taken steps to better protect people from dangerous drivers. For example, we've put in place much higher penalties for repeat distracted drivers, and established longer prohibitions for people who engage in street racing, stunting and other risky driving.

We've also fully activated red-light cameras at 140 of B.C.'s highest-risk intersections — and, once additional equipment is installed at 35 of these locations, we'll be issuing automated speeding tickets, too.

But no financial penalty or driving ban compares with knowing you've diminished your family's joy forever, or someone else's.

There's no CGI to fix what goes wrong in real life. Take care, and have a great year.

Mike Farnworth is the B.C. minister of Public Safety and Solicitor General