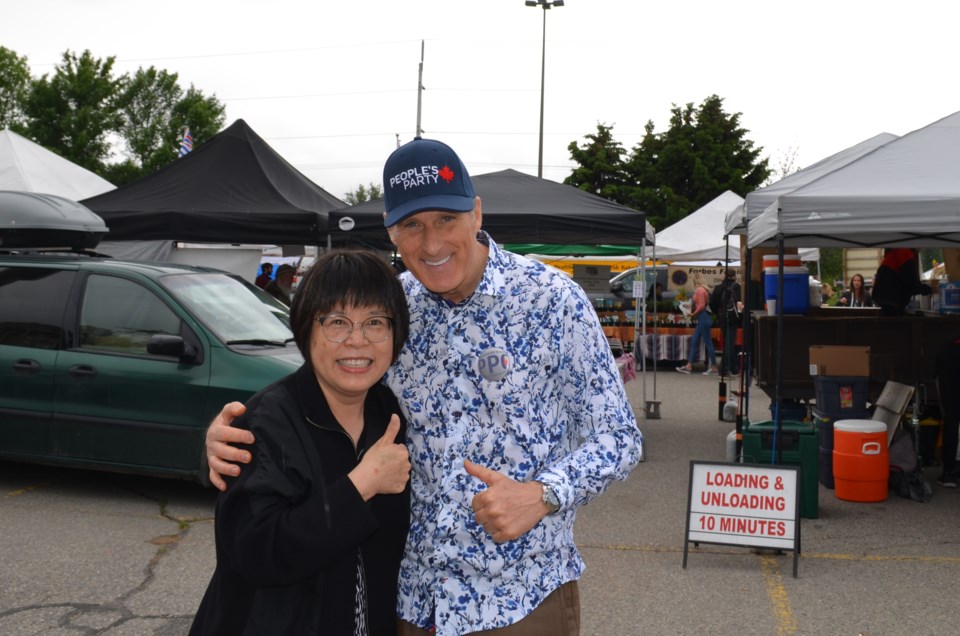 On Oct. 21, Prince George residents will be voting for a member of parliament (MP) in either the Cariboo-Prince George or Prince George-Peace River-Northern Rockies riding.

PrinceGeorgeMatters has sent out a list of questions to those vying for a seat in the House of Commons.

Neighbourhood you live in: Heritage

Who is your political hero?

Qu Yuan (c. 340–278 B.C.), a patriotic poet and a minister/politician in ancient China. He was the only one who was sober in a world of total drunkenness, as he wrote in his astoundingly pathetic, and yet powerful poem. He eventually drowned himself in the Miluo River while being sent into exile out of his despair that he could not serve his country and his emperor. The Dragon Boat Festival is originated from a search for his body thousands of years ago.

In three sentences or less, what inspired you to enter the election race?

There are three people who inspired me to run for MP.

What’s the number one local issue at the federal level?

The No. 1 issue is the dire situation of our local pillar industries -- forest industry and pipelines, the oil and gas industry. Negotiation on softwood lumber, approve pipelines, and other energy projects are the critical tasks the federal government must do for our region, and they are what a PPC government has committed to do!

Beyond Prince George, what’s the number one issue facing Canada?

It is the issue of mass refugee influx, illegal border crossing, and mass immigration. Surprisingly, almost all the people I have talked to agree with our party’s platform to control the illegal and mass immigration that is drastically changing Canada’s landscape politically, economically, and culturally. We all support legal immigration!

What’s the best way for the country to deal with climate change?

Climate change-climate crisis-climate emergency-climate catastrophe is the one issue that seriously divided Canadians. An influential group leader told me directly that they want to kill the forest industry, and the oil and gas industry will be the next. Some want us to panic, fear, and suffer. They give people deep anxiety, instills real fear and foments someone’s anger against their fellow Canadians. Our kids cried over the fear of the end of the world in 12 years. Our workers went out of work because of the cancellation of the pipelines. At my first public event in Williams Lake, one unemployed pipeline worker asked me if our party supported pipelines. His anxiousness is something the radical environmentalists could never understand, or they just would not care.

Here are three points I want say it out loud and clear:

What is the biggest issue facing your party’s chance at success?

Firstly, the biggest issue to me is time. Some people would simply reject me because I am an outsider and I don’t have enough time to reach out to them. The issue of our party is censorship. We are a one-year-old federal party with over 41,000 members from coast to coast to coast. But our party leader, Maxime Bernier, has been excluded from all the national leadership debates. This is unacceptable because he is the only different voice and we Canadians must hear from him! At the same time, we are being labelled as racists, white supremacists, even Nazis. One editor at MacLean’s, also a debate commentator, wished our candidate to be run over in a car accident. People here support our party platform overwhelmingly. People who did not vote before joined our party and pledged to vote for me. The nature of an election is splitting the vote. I just hope I can spread my message far and wide, that I can talk to every resident in our riding.

Younger voters typically vote less than older voters. How will you engage and encourage young voters to participate in this election?

This election is critical to the future of the younger voters. Economic prospect is gloomy to them, especially with the humongous national debts that they will be responsible for. I've met many students; they are more interested in social issues, but they are also supportive for our economic policies and our commitment to balance the budget within two years. Facts and statistics were well-received. I encouraged them to vote, and I encouraged to challenge themselves with some serious research and homework before they vote. I have been offered an opportunity to talk to the younger voters. I will talk about the greatness of our country, to advocate critical thinking and to promote our party’s platform which will work best for their future and for the future of our country. I will win their vote!

What is your party’s leader’s biggest flaw?

How will you make sure Prince George continues to be prosperous via federal politics?

First, I will make sure that we will relaunch negotiations on the softwood lumber agreement. We will put supply management on the table, which will prove to be a win-win for us, export our lumbers at the same time make dairy, eggs, and poultry more affordable. We will approve the pipelines and repeal the Bill C-48 and C-69, and I will do my best to support all energy projects and all other industrial and resources projects, to develop and to protect our natural resources. Lowering taxes is another way to stimulate business growth. We will repeal the carbon tax, we will play no tricks with carbon pricing, lower income tax, lower farm tax. We are the only party in this election that has a common-sense platform aiming at bringing prosperity back to our people.

Once elected, your job is to represent your entire riding. How do you plan on representing individuals who didn’t vote for you?

I will work for every resident in our riding, whether they are a citizen with voting rights or just a permanent resident, whether he or she will vote for me or not. Our party’s platform and policies are designed for the benefit of every Canadian. We will govern on behalf of every Canadian. That is exactly why we are winning support from people who did not vote before, from Liberals and CPC.

What informs your political stance? What books, publications, relationships or experiences?

I read history. History makes us wise. Truth is I do not read much in recent years; I followed current events, especially in the recent four years. I formed my political stance based on my knowledge and experience.

What local project or service would you advocate for more federal spending?

I will advocate for federal funding for: 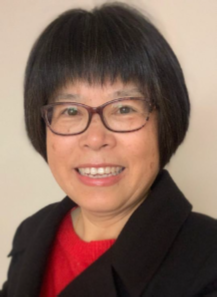 Jing Lan Yang is a People's Party of Canada 2019 candidate for the Cariboo-Prince George riding (via Jing Lan Yang)
Was Justin Trudeau’s decision to buy the TransMountain pipeline a good one? Why or why not?

Why did Trudeau buy the TransMountain pipeline and its expansion? Has he had a real plan as to how and when to complete the project? Or he just played a political game for winning voters?

The reality is this Liberal government did not support our own oil and gas industry. They imposed a ban on oil tanker traffic on the north coast of British Columbia with Bill C-48, which killed Northern Gateway an Eagle Spirit Pipeline projects. Unrealistic environmental requirements from the National Energy Board also killed the Energy East pipeline. And Bill C-69 makes the process of building pipelines and other major energy projects so complex and difficult that it could prevent any new investment. Among other things, that bill requires projects to be analyzed based on “the intersection of sex and gender with other identity factors.” Because of these constraints, capital investments in the oil and gas industry have collapsed, from $81 billion in 2014 to $37 billion in 2019. What happened in Saudi Arabia’s oil field will have a direct impact on us as our government imports oils from Saudi while smothering our own oil and gas industry.

The oil and gas industry has been for decades a major source of employment, government revenues and economic well-being for Canadians. They are critically important to the well-being for our people in this riding. It is unacceptable that our government chose to kill our own industry for foreign oil. The drone attack on Saudi Arabia’s oil field days ago serves a warning to us. Depending on foreign oil not only hurt our economy, it hurt our national security. We will approve the pipelines and win back the investors with pro-growth policies and support. Pipelines will create jobs in our region, it will bring more skilled people and boost the third tier industries as well. Oil and gas industry is the closest thing that will bring prosperity to our region.

What’s your favourite place to go for a quiet cup of coffee?

My backyard with birds chirping, leaves rustling,  and squirrels chasing. Heaven is a place on earth.

Who would play you in a film?

The most random, yet interesting fact about me is:

I could be uninteresting.

Have you tried legal weed?

No. Whether I will be an MP or not, I will do my best to stop weed, vaping, fentanyl and heroin to reach our children. Four years ago, a Grade 9 girl died of an overdose at the Starbucks across to her school in Coquitlam. Last month a 14-year-old boy died of an overdose in Langley. I would never believe that the drugs are so close to our kids, the father said in tears. Many years ago, a young co-worker brought her boyfriend to my home, hoping I could talk him out of his addiction. I failed. The young man actually showed me the doctor’s note in his defense. Here [in Prince George], I heard from a senior how he tried to help someone he cared off the addiction. I heard from a woman how she got her life back after quitting the addiction. I hope I could tell the history of China’s Opium War in the 1800s. If we do nothing to help our youth and people in need, we will soon come to a breaking point. We must stop the destruction to our children, our families and our communities.