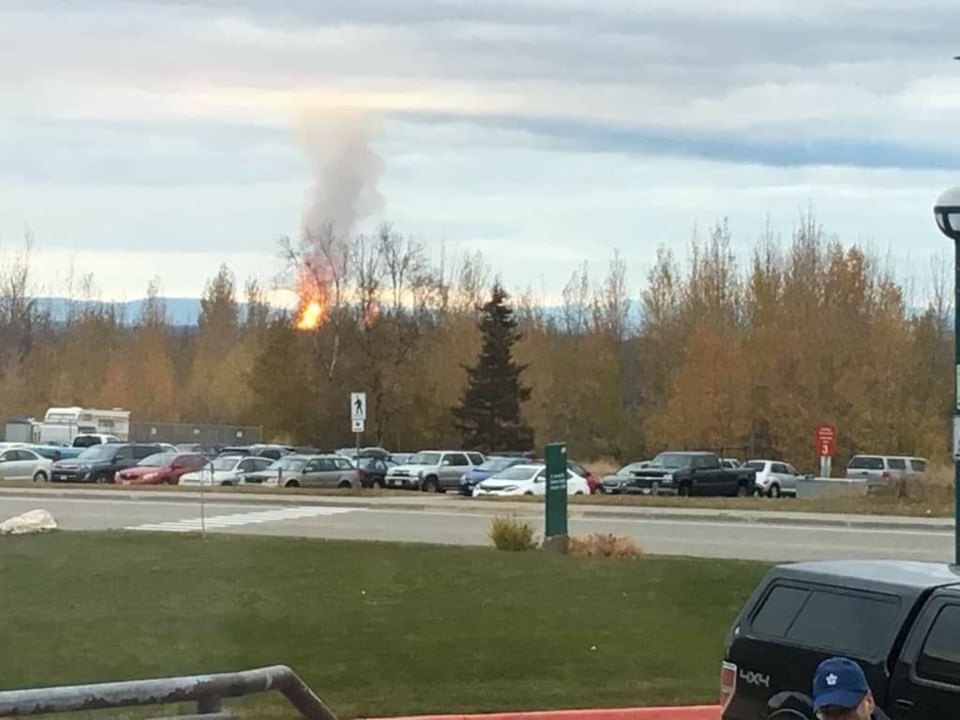 There was a rupture in the natural gas pipeline, according to a statement issued by Enbridge Tuesday night.

"The rupture ignited at the site, which is in a rural area," the statement reads, noting the incident was some 13.5 kilometres north of Prince George.

Some 100 people in the Lheidli T'enneh First Nation were evacuated. They have since been told they can return home, according to Prince George RCMP.

Prince George Mounties say they responded to the explosion, north of the city near Landooz Road, at around 5:30 p.m.

Residences within several kilometres of the blast were evacuated as a precaution, notes a press release.

"The evacuation zone has now been reduced to one kilometre and residents previously evacuated can return home," said Insp. Shaun Wright in the release.

The incident appears to have been an explosion involving an Enbridge natural gas pipeline.

Wright says there were no injuries and no reported damage, other than to the pipeline itself. The gas supply has been shut down and there is no indication of a cause at this point.

"Investigators will conduct an examination of the scene and a further update will be forthcoming tomorrow (Oct. 10).," says Wright.

During an all-candidates forum at the Marriott Hotel, Prince George Mayor Lyn Hall told the crowd the fire has to do with a pipeline.

"There has been some evacuation of residents," he said. "We have emergency operations on scene."

A blaze has erupted north of the city, according to reports on social media.

Details are sparse at this time. Prince George Mounties say more information will be released later.