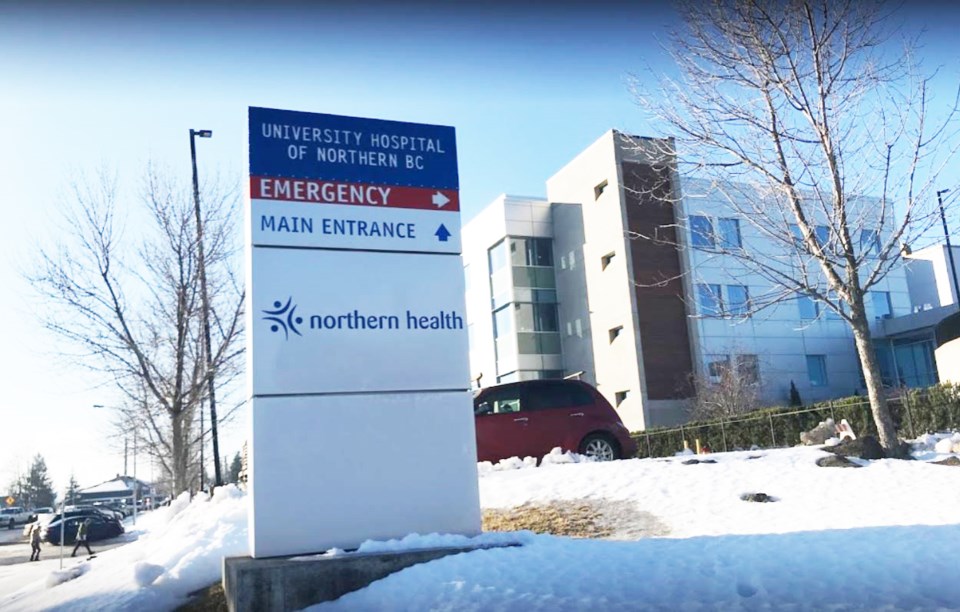 The first death from an outbreak at University Hospital of Northern BC's (UHNBC) Internal Medicine Unit has been revealed by Northern Health.

In a statement today (Jan. 5) regarding a new outbreak in a separate unit at UHNBC, the authority explained one person had died among 21 total COVID-19 infections found in the IMU since its outbreak was declared on Dec. 29.

This is broken to 10 patients and 11 staff that tested positive for the virus.

The new outbreak announced this afternoon was declared in UHNBC's Rehab Unit after one lab-confirmed case was discovered in a patient.

Officials say there is no evidence of ongoing transmission on the unit.

The first death involving the Internal Medicide Outbreak at UHNBC has also been recorded, a patient. The outbreak was originally declared on Dec. 29, 2020. To date, 10 patients and 11 staff have tested positive #bcpoli #covid19bc #covidBC #covid19 #cityofpg @PGMatters

The UHNBC Family Medicine Unit's precautionary outbreak was declared over on Dec. 16 after being in place for 13 days.

Several tests came back positive among staff members, but Northern Health explained, at the time, they were all 'unrelated' and no new cases were found since the first discovered infections.

Twelve deaths have also been recorded at Jubilee Lodge in Prince George after an outbreak was declared on Dec. 12.

A total of 60 positive cases have been found at the long-term care facility involving 48 residents and 12 staff members.

As of this publication, Northern Health has reported 2,186 COVID-19 cases during the pandemic, per the BC Centre for Disease Control.

The BCCDC's latest data says the region has seen 30 virus-linked deaths, there are 16 people admitted into critical care among 19 hospitalizations, and 1,649 recoveries.