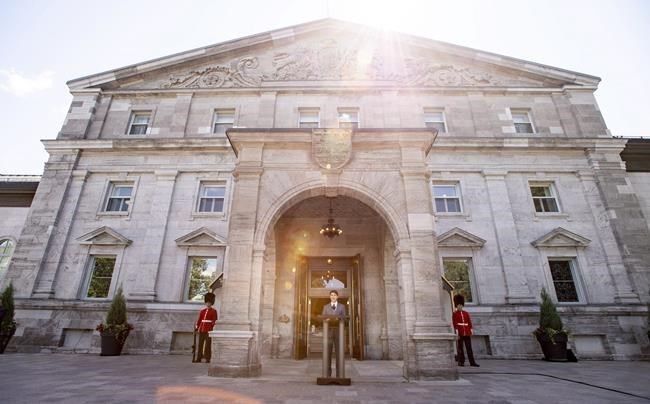 Prime Minister Justin Trudeau is set to unveil his new cabinet Wednesday, setting the stage for the opening of Parliament on Dec. 5.

Here are five things to watch for:

How many cabinet ministers are there:

When Parliament was dissolved for the election, Justin Trudeau had 34 cabinet ministers. He also had dozens of parliamentary secretaries. But there are fewer MPs to choose from this time around, and a different set of issues percolating on the burner than he had when first elected. A large cabinet brings with it the need for a large number of parliamentary secretaries, but Trudeau needs to leave some power on the benches for parliamentary committees, and also the important roles of government house leader and whip.

What jobs does he give them:

Over his four years of majority government, Trudeau tinkered around with cabinet portfolios. One high-profile change included the creation of two separate ministries focused on Indigenous issues — one specifically tasked with Crown-Indigenous relations, and the other on Indigenous Services. Another was to vest in himself the responsibility for the intergovernmental affairs portfolio, but in 2018 he hived that one off to someone else. With federal-provincial relations still tempestuous, that position could be quite high profile. He'd also set up a position specifically to tackle border security and organized crime, partially in response to an influx of asylum seekers at the border. That issue is still live, but taking up less energy these days, while topics like climate resiliency are becoming more pressing.

How he makes up for the losses:

Two cabinet ministers lost their seats on Oct. 21: longtime cabinet member Ralph Goodale from Regina and relative rookie Amarjeet Sohi from Edmonton. With no members of Parliament from either Saskatchewan or Alberta, Trudeau will be looking to find a solution for how to have representation from those two provinces around the cabinet table. He also needs to grapple with the health challenges facing two other ministers, Jim Carr and Dominic LeBlanc, both of whom are undergoing treatment for cancer.

The world outside Canada rarely pays attention to the machinations of the government, but in 2015 a quip Trudeau made on his decision to have a gender-balanced cabinet pushed him into the global spotlight. "Because it's 2015," he replied, when asked why gender balance was important. In the 2015 election, the Liberals elected 50 women, and increased that by two in 2019. But while Trudeau's gender-balanced cabinet drew accolades, he was accused at the time of not going far enough to ensure it reflected the racial diversity of Canada as well. After an election where revelations that Trudeau wore black and brown face as a younger man brought attention to issues of racism at the national level, pressure is on Trudeau to ensure his cabinet includes more people from diverse ethnic backgrounds.

Who stays and who goes:

Many eyes are on whether Foreign Affairs Minister Chrystia Freeland remains in that post or is retasked with another pressing portfolio. Environment Minister Catherine McKenna — who has been outspoken about the harassment and threats of violence she has received in her role — is potentially also up for a shuffle. Trudeau will look to his roster of newly-elected MPs to see if any merit an immediate seat around the table or will be tasked to pay some political dues first as parliamentary secretaries, including Adam van Koeverden, who defeated longtime Conservative Lisa Raitt.

Sources say Canada, U.S. likely to extend mutual travel ban into late August
Jul 14, 2020 9:05 AM
Comments
We welcome your feedback and encourage you to share your thoughts. We ask that you be respectful of others and their points of view, refrain from personal attacks and stay on topic. To learn about our commenting policies and how we moderate, please read our Community Guidelines.