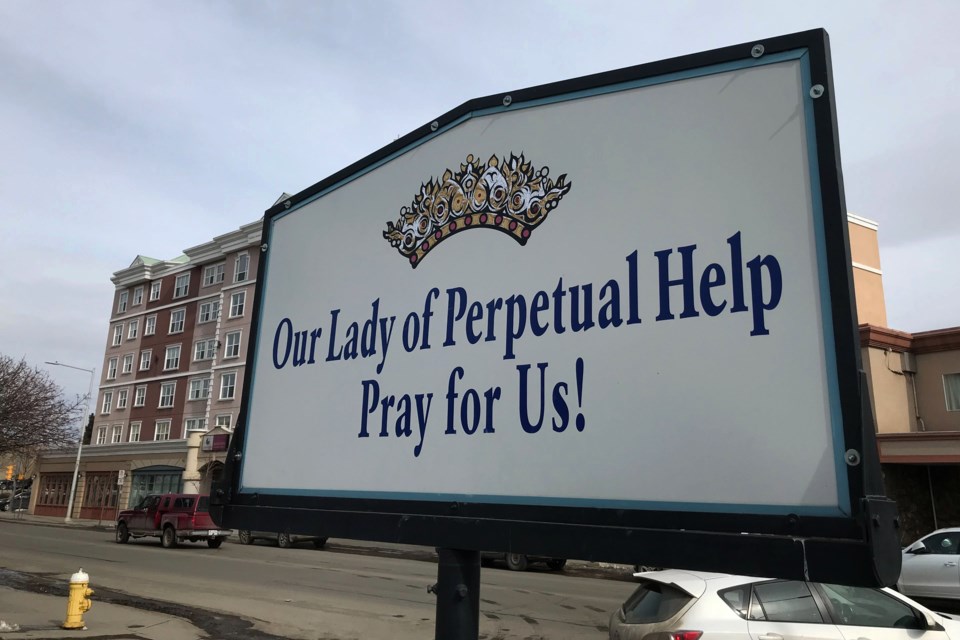 Court proceedings in the case of a woman who alleges a Kamloops Roman Catholic priest sexually abused her 43 years ago have been adjourned as more allegations have surfaced.

“It is consoling and healing for each of these people to know that their family was not alone in this,” Anderson said.

Anderson alleged in a Dec. 22, 2016, notice of civil claim the sexual abuse at the hands of Molon, now 86, started at age 26 when she sought solace after her father’s death. She names Molon and the Roman Catholic Bishop of the Diocese of Kamloops, A Corporation Sole in the claim.

A Feb. 27, 2019, affidavit claims the Our Lady of Perpetual Help parish priest, about 20 years Anderson’s senior, “repeatedly performed sexual acts upon the plaintiff innumerable times, including intercourse” for about eight months starting in September 1976.

Anderson said she told then-Kamloops bishop Adam Exner about the alleged abuse in the spring of 1977. The affidavit said the assaults “continued and escalated in aggression.” Molon was transferred to Ontario that October, documents said.

Anderson alleges in the affidavit Exner was aware of assaults against other parishioners by Molon and that the bishop knowingly allowed such assaults to continue.

She said Exner ordered her to leave the diocese. He later went on to become archbishop of Winnipeg and Vancouver.

Now, said Anderson and lawyer Sandra Kovacs in emails to Glacier Media, the application to search the diocesan offices is on hold while a trial remains set for Oct. 7.

“The application for access to the secret archives is generally adjourned pending further investigation, including interviews of the new complainants who have come forward as a result of your coverage,” Kovacs said.

That application was filed with B.C. Supreme Court Feb. 27. Anderson wants a judge to authorize a search of the Kamloops premises to find documents relevant to her case. She has suggested secret archives exist – a suggestion the church denies.

Anderson was initially due in court April 2 for the application seeking a search of Kamloops diocese premises for documents pertaining to consultations between Exner and Molon, documents referring to Molon, documents pertaining to any investigations by Exner of Molon, records of complaints by other parishioners about Molon, records of Exner’s attempts to get Molon help or treatment and details of Anderson’s communications with Exner about Molon.

The application also seeks the swearing of an affidavit from current Kamloops Bishop Joseph P. Nguyen that he has no records in any secret archives.

“People came to me with their concerns and what they had heard and what they had experienced,” Exner said in an August 2018 interview with lawyers for Anderson and diocese lawyers, a transcript of which is filed in court as part of the affidavit. “That was – led me to the conclusion I had to do something about this man.”

A June 2017 Exner response to Anderson’s civil claim said Molon was suspended as of February 1977 and any acts after that are not the responsibility of the bishop. Further, the response said, “if any of the alleged conduct occurred during [Molon’s] position with the Bishop, it was unauthorized, outside the scope of his employment unrelated to any conduct authorized and without any knowledge by the Bishop.”

Exner characterized the priest as a “playboy,” a “freewheeler” who was “taking advantage of quite a few people.”

Molon, originally from the Philippines, worked in parishes in Lakeview, Oregon, and Quesnel before moving to Kamloops, court documents said. In a May 2018 response to Anderson’s allegations, he denied the allegations but said if such sexual activity did happen, they were consensual and non-coercive.

He now resides in a Kingston, Ont., care facility and has been found incapable of managing his own affairs, an amended response to civil claim filed with the court May 16, 2018, said.

COVID-19 pandemic recalibrates screen habits, online abuse
Jul 13, 2020 5:05 PM
Comments
We welcome your feedback and encourage you to share your thoughts. We ask that you be respectful of others and their points of view, refrain from personal attacks and stay on topic. To learn about our commenting policies and how we moderate, please read our Community Guidelines.