Free contraception in BC? 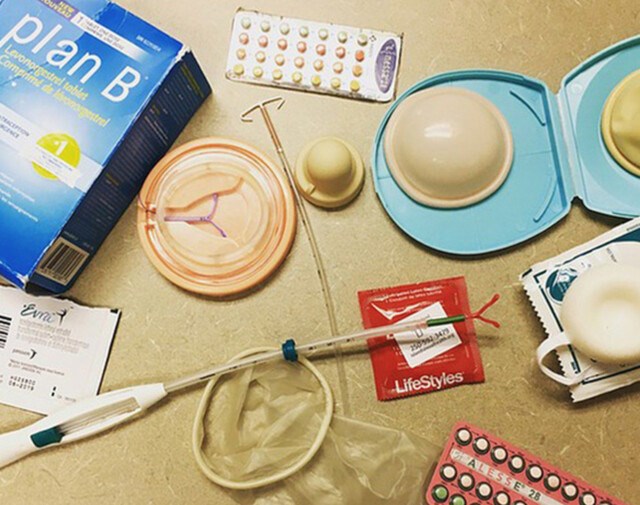 Last year, the Select Standing Committee on Finance and Government Services recommended the province explore a way of providing prescription contraception — such as IUDs, birth control pills, patches and implants — free of charge.

But this year the all-party committee’s report went further and said the next budget should “provide free prescription contraception for all people in British Columbia.”

A person’s income, knowledge about reproductive health and family and partner support currently all play significant roles in determining their access to effective contraception, and pandemic measures have further limited access.

“The reason that our campaign has been focused on cost is because we know that it’s the most significant barrier, and that’s going to be aggravated by COVID,” said Black.

Long-lasting contraceptives tend to be most effective and often cost more upfront than less effective options like condoms and birth control pills, meaning low-income people have limited choice in methods. An IUD can cost up to $340 upfront but last for up to 10 years, a fraction of the cost of buying $20-per-month birth control pills for the same period.

Doctor visits to refill prescriptions can also require time and money for people living in rural and remote areas, and access has been reduced because many clinics are limiting appointments to support physical distancing protocols.

“Health-care professionals among our volunteers have told us anecdotally that they’re seeing firsthand that patients are having more difficulty accessing contraception,” said Teale Phelps Bondaroff, who also co-founded AccessBC.

Denying access to contraception can be used as a way to control people experiencing intimate partner or domestic violence. And families who don’t approve of a person’s choices but control their health insurance can block access.

Black says making contraception free would begin to eliminate these gendered inequities and ensure people have autonomy over their reproductive health.

“It would give people a much bigger sense of control over their own reproductive health care,” said Black. “It’s an equality issue, and it’s a public health issue.”

While the province has some limited programs to distribute free contraception, such as through youth clinic networks and some non-profits, they are means-tested and require people to prove their income is very low.

Black and Phelps Bondaroff said providing free contraception for everyone would actually save the province money.

There is no exact budget estimate for how much the policy would cost in B.C., but a 2015 study estimated a national program would cost $157 million a year and result in savings of about $320 million per year.

In B.C., an estimated $95 million in direct medical costs could be saved annually with universal free contraception, a 2010 report by Options for Sexual Health found. It concluded governments would get back about $90 for every $1 invested in no-cost contraception.

“This is such an obvious place where there are such obvious inequities,” said Phelps Bondaroff. “It just doesn’t make sense for this to still be a problem in 2020.”

While the adoption of free contraception was endorsed at the BC NDP convention in 2017, implementing the change isn’t a sure thing.

But Health Minister Adrian Dix said in the legislature last month that the issue is currently under review for the next budget year.

Black and Phelps Bondaroff say universal no-cost contraception won’t eliminate embedded social and economic barriers to access right away, but it would help reduce stigma and open up conversations around reproductive health.

“When you make prescription contraception universally available at no cost, you are also helping with education and removing some of the stigma and barriers around discussing contraception and sexual health,” said Phelps Bondaroff.

WE Charity controversy prompts examination of group's overseas footprint
Sep 27, 2020 7:05 AM
Comments
We welcome your feedback and encourage you to share your thoughts. We ask that you be respectful of others and their points of view, refrain from personal attacks and stay on topic. To learn about our commenting policies and how we moderate, please read our Community Guidelines.