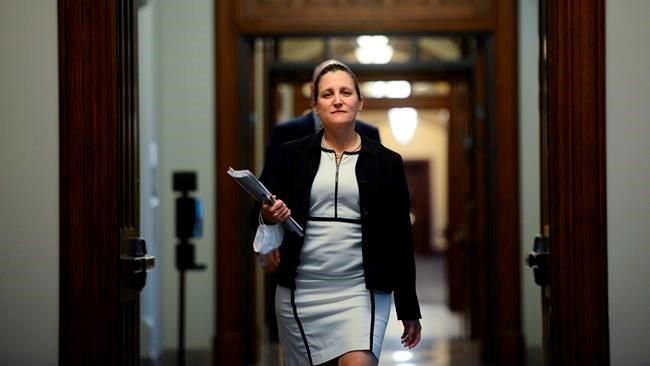 All federal agencies, including the police, must understand that systemic racism is a problem in Canada, Deputy Prime Minister Chrystia Freeland says.

Freeland made the comments at a media briefing Wednesday (June 10) upon being asked about a denial from the RCMP's commanding officer in Alberta, Curtis Zablocki, that there is entrenched racism in Canadian policing.

Zablocki spoke Monday (June 8) in response to questions about the wave of protests over the death of George Floyd in the United States.

"It is very important for all federal government institutions, including the police, to operate from an understanding that systemic racism is a problem for us here in Canada — to not be complacent about that — and we have to work together against it," she said.

"We know that a really big challenge for our government and for all of us is, first of all, of course, to acknowledge that this systemic racism exists and to take concrete action to work against it and, ultimately, to dismantle it," Freeland said.