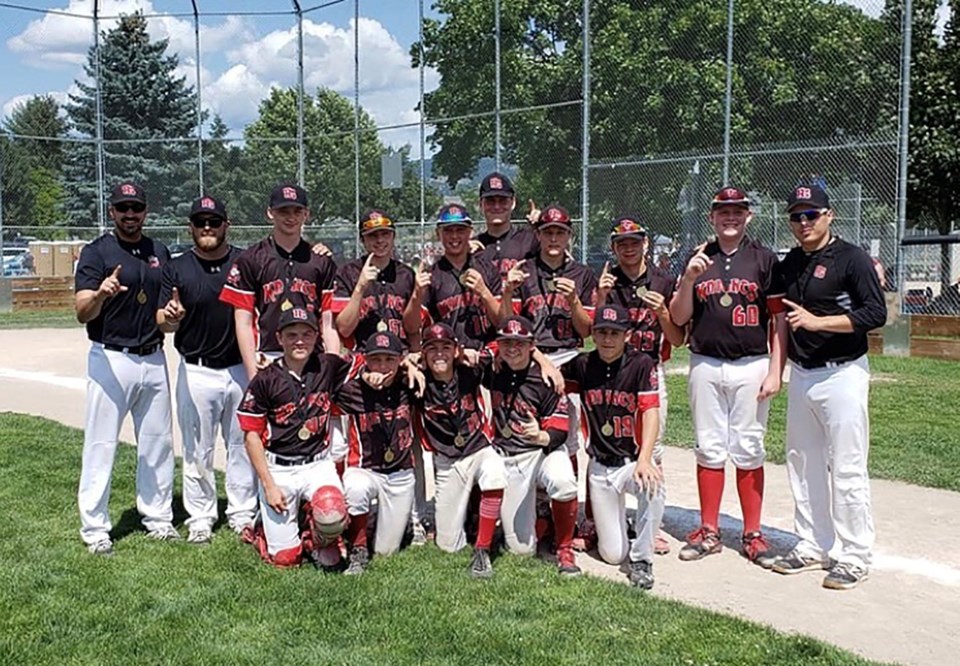 After a crushing one-run loss in last season’s gold medal game, the Prince George Youth Baseball Association’s (PGYBA) under-15 club will be back at provincials next month with more cheers on their side of the field.

The Bantam ‘AA’ Knights are hosting B.C. Minor Baseball’s year-end championship over the August long weekend and are wanting to send a message that they are ready to compete in the big moments.

Despite losing to Vancouver 9-8 in the 2018 final, Head Coach Curtis Sawchuk is confident his 2019 squad can come back strong, win a banner, and even earn something greater.

“I think with the success last year, it kind of put us on the map as a team to look out for this year, which brings on added pressure of course,” said Sawchuk in an interview with PrinceGeorgeMatters. “But that’s good, we want people to worry about us and at least give us the respect we deserve, which doesn’t always happen [...] What I tell the kids is don’t worry about last year, because that’s in the past. We just worry about what’s in front of us this year and we don’t let anyone beat us on our home turf.”

Sawchuk has led the Under-15 Knights to an 11-5 record in 2019, but have proven themselves as worthy opponents when participating in out-of-town tournaments.

In fact, they were so confident, they entered into two ‘AAA’ events, finishing as the runner-ups in the first and barely missing the playoff-round in the second.

Finally, the third time really was the charm for Prince George as they claimed the 2019 Valley of Champions title last weekend in Kelowna.

Sawchuk believes the players’ willingness to perform at high-tier tournaments speaks volumes to the PGYBA's progress.

“The creation of winter programs have helped kids have the avenues to play year-round and work on their skills in the offseason more than ever now, and that to me has been the biggest contributing factor,” he explained, “and the biggest thing is getting baseball-minded people to help steer the league in the right direction. Many of us [coaches] went off and played at the college level and have seen programs from all over the U.S. and Canada, so it’s taking the knowledge from the guys who have been there, and seen it be done, and now implementing the best practices from there here in Prince George.”

According to Coach Sawchuk, the PGYBA spent countless volunteer hours organizing provincials to ensure that fields were booked, teams were invited, and that nobody backed out simply because of its northern geographical location.

However, even though they’ve accepted playing at Nechako Park as the ‘only option,’ Sawchuk believes the result of hosting B.C.’s best can spark interest to help grow the game.

“My hope is that this tournament will show the City of Prince George that we need more investment in baseball fields in this city,” he said. “Not only for the bantam division, but for all ages. Without the help of the [PGYBA] president and the board members of the slow-pitch league, this tournament would never have happened.”

Finally, Sawchuk points out that everyone is welcome to take in the sights of provincials whether you’re a friend, family member, or a baseball fan in general as this is where Prince George product Jared Young got his start en route to his 2017 draft selection, currently playing in the Chicago Cubs’ farm system two steps down from Major League Baseball (MLB).

“Who knows, one day one of these kids in this tournament may be fortunate enough to be the next MLB prospect,” said Sawchuk. “But more importantly, to just support local youth sports in Prince George. My goal at the beginning of all this was to give the kids an experience of a lifetime and something they will tell their kids when they get older.”

The format for the 2019 tournament is different compared to last year.

A dozen teams will be competing for the championship instead of 16 and there won’t be any east-west tags to the two pools of six.

You can catch the Prince George Knights in action Aug. 1 to 6 at Nechako Park (3303 North Nechako Rd.) for the 2019 B.C. Minor Baseball Bantam ‘AA’ Championships.

Week Nine: Prince George Senior Men’s Baseball recap
Jul 21, 2019 8:35 AM
Comments
We welcome your feedback and encourage you to share your thoughts on this story. We ask that you be respectful of others and their points of view, refrain from personal attacks and stay on topic. To learn about our commenting policies and how we moderate, please read our Community Guidelines.