Gold mine southwest of Vanderhoof gets environmental approval 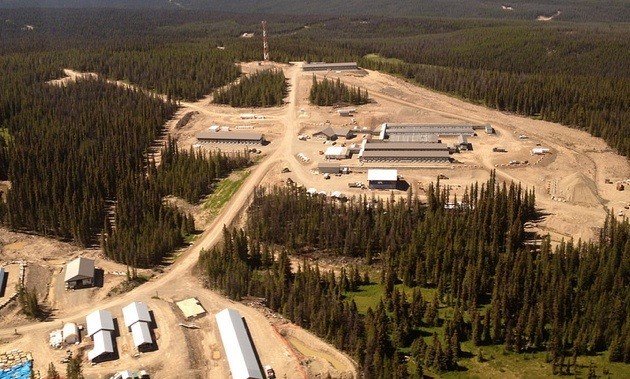 Early development on the Blackwater Gold Mine southwest of Vanderhoof (via New Gold Inc.)

An environmental assessment certificate has been granted for the Blackwater gold mine in north-central B.C.

A joint release from the province's Ministry of Environment and Ministry of Mines says the decision came after considering the report from the Environmental Assessment Office and submissions from Indigenous Nations.

The proposed New Gold Inc. open-pit gold and silver mine would have a 44-sq. km footprint and is expected to extract about 60,000 tonnes of ore per day during the mine's estimated 17-year operational life.

The statement says the ministers are confident that the Blackwater mine will be built 110 km southwest of Vanderhoof, operated and closed in a way that ensures no significant adverse effects are likely to occur.

The certificate sets out 43 conditions for New Gold to meet, including an air and dust management plan, a caribou mitigation and monitoring plan, and numerous conditions related to impacts on water.

New Gold estimates the $1.29 billion project will take two years to build and will support almost 400 full-time jobs a year.

Proposed 2,000-job gold mine southwest of Vanderhoof gets environmental approval
Apr 16, 2019 10:03 AM
Comments
We welcome your feedback and encourage you to share your thoughts. We ask that you be respectful of others and their points of view, refrain from personal attacks and stay on topic. To learn about our commenting policies and how we moderate, please read our Community Guidelines.