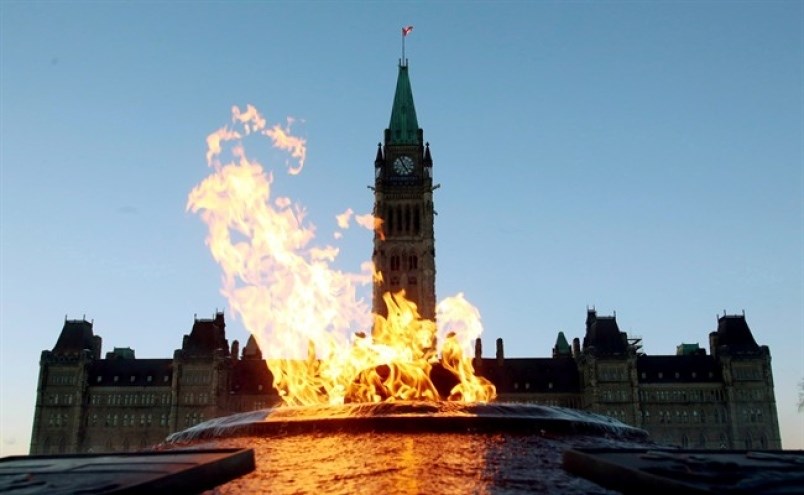 Canada's House of Commons in Ottawa. (via File photo)

Protecting Canadians from COVID-19, extending the Canada Emergency Wage Subsidy (CEWS), a significant investment in child care and a campaign to create one million jobs are among the measures to be pursued by Ottawa as Canada continues to battle the health, social and economic consequences of the COVID-19 crisis.

In her Throne Speech Wednesday, Governor General Julie Payette said the federal government's top priority is to protect Canadians, especially the country's most vulnerable, as the pandemic continues. This includes developing national standards for senior care.

Fighting the pandemic and saving lives is the first of four foundations of Ottawa's path forward.

The second is supporting people and businesses through the crisis by doing "whatever it takes." This includes extending the CEWS until the summer of 2021, improving the Canada Emergency Business Account and support for industries hardest hit by COVID-19, such as tourism and cultural industries. Canadians who have lost their jobs will receive support through Employment Insurance moving forward.

Payette noted that dealing with the crisis effectively is the best course of action government can take to support the economy.

A commitment to "build back better" by strengthening the middle class and helping those "working hard to join it," by prioritizing clean growth and by creating safer communities make up the third foundation. This will include investments in health care and infrastructure, targeted investments that support the middle class and a campaign to create one million jobs. The latter is to include immediate training for workers and incentives for employers to hire and retain them.

"Climate action will be a cornerstone of our plan to create a million jobs," said Payette. Prioritizing climate action will include an immediate plan to overshoot Canada's climate change targets for 2030, she said. This will be supported by the creation of thousands of green jobs, and efforts to make zero-emission vehicles more affordable.

Ottawa will also work with industry stakeholders in the energy and agriculture sectors to move the country toward a net-zero future. It will also continue its policy of "putting a price on pollution." It will create a new water protection agency, explores ways to invest in the "blue economy" – including ocean and water-based industries – and ban single-use plastics next year, a measure that had been announced prior to COVID-19.

Standing up for "who we are as Canadians" is the fourth foundation of Ottawa's plan, which Prime Minister Justin Trudeau is expected to address later this afternoon.

"This is our generation's crossroads. Do we move Canada forward, or do we let people get left behind?" said Payette.

Other commitments include accelerating Canada's advance toward a national pharmacare program and a national formulary to keep drug prices low, "significant" investments in a nationwide early learning and child care system, an additional investment in the National Housing Strategy, improvements related to universal broadband access and developing an action plan for women in the economy.

"This is not the time for austerity," said Payette.

Ottawa will also expand the First-Time Home Buyer Incentive, and make a number of investments to improve Indigenous infrastructure and access to health services. The government will move forward on adopted the United Nations Declaration on the Rights of Indigenous Peoples (UNDRIP) by the end of this year.

Canada can look forward to the establishment of the country's first minister focused solely on diversity, and the creation of an anti-racism secretariat. The federal government will also take steps to review and eliminate systemic racism in the country's criminal justice system.

"We don't decide when hardship comes, but here in Canada we have decided how we wanted to address it. We have adapted in remarkable ways."

Payette and her office are the subject of a third-party Privy Council Office investigation, which will review claims of harassment and verbal abuse in the Governor General's office.