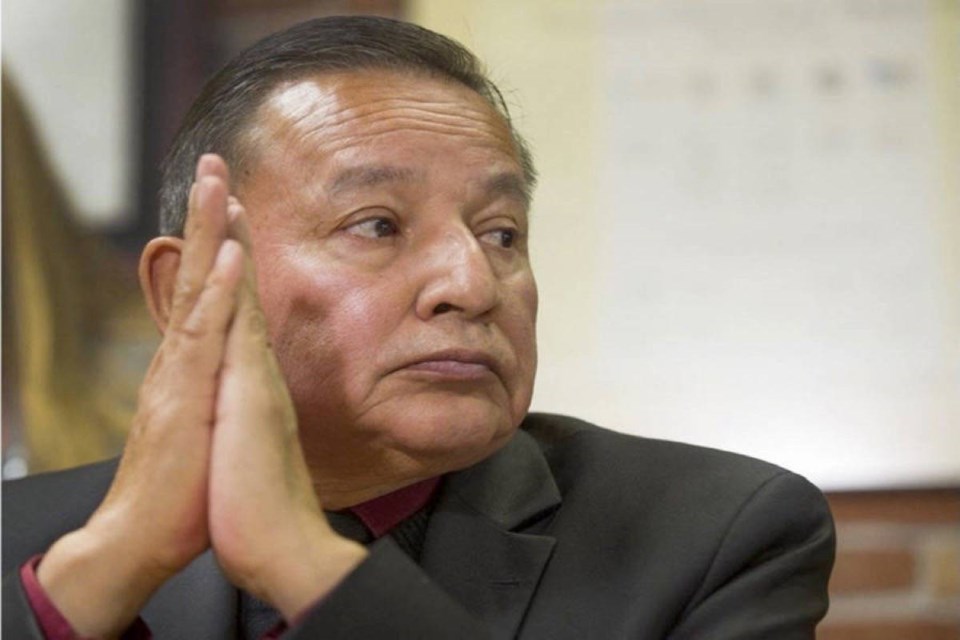 Grand Chief Stewart Phillip, president of the Union of B.C. Indian Chiefs, is supporting the snap election called by Premier John Horgan and the NDP Monday calling it a “demonstration of strong leadership.”

“I believe that calling this election is not only timely, but it is also prudent given the intensifying COVID-19 pandemic. I believe that now more than ever we need a strong government that carries a very focussed mandate in regard to many challenges facing B.C.," Phillip said Monday (Sept. 21).

“I have 15 grandchildren and I’m gravely concerned about what the future holds for them, their health and well-being. I want a strong government in place to deal with the unprecedented challenges forthcoming.”

“We worked on several bills together. Significant bills whereby the interests, concerns of First Nations were incorporated into those pieces of legislation,”Phillip said. “I personally have been endorsing Indigenous candidates, particularly women and I think we need to ensure there is a strong Indigenous voice within the next government. So I will continue supporting candidates, Indigenous candidates, if they put their names forward.”

He recently endorsed Jennifer Whiteside to seek the NDP nomination in New Westminster.

Phillip went public with his search for a kidney donor in June. Since then, he said things are “going very well.”

There were 6,000 responses to a website set up to find a donor, several hundred of those individuals are currently undergoing testing for compatibility, he said. Phillip received a call from BC Transplant a few days ago indicating “from their perspective they are ready to go.”

However, during the course of the many medical tests he has taken in recent months, one revealed Phillip has some serious blockages in his heart.

“The medical team now is concerned about that and debating whether I should undergo bypass surgery prior to the transplant or should we proceed with the transplant and then attend to the heart issues later,” Phillip said.

Move to Canada? A pipe dream for some Americans is a parachute for Canadian expats
Oct 25, 2020 3:05 PM
Comments
We welcome your feedback and encourage you to share your thoughts. We ask that you be respectful of others and their points of view, refrain from personal attacks and stay on topic. To learn about our commenting policies and how we moderate, please read our Community Guidelines.