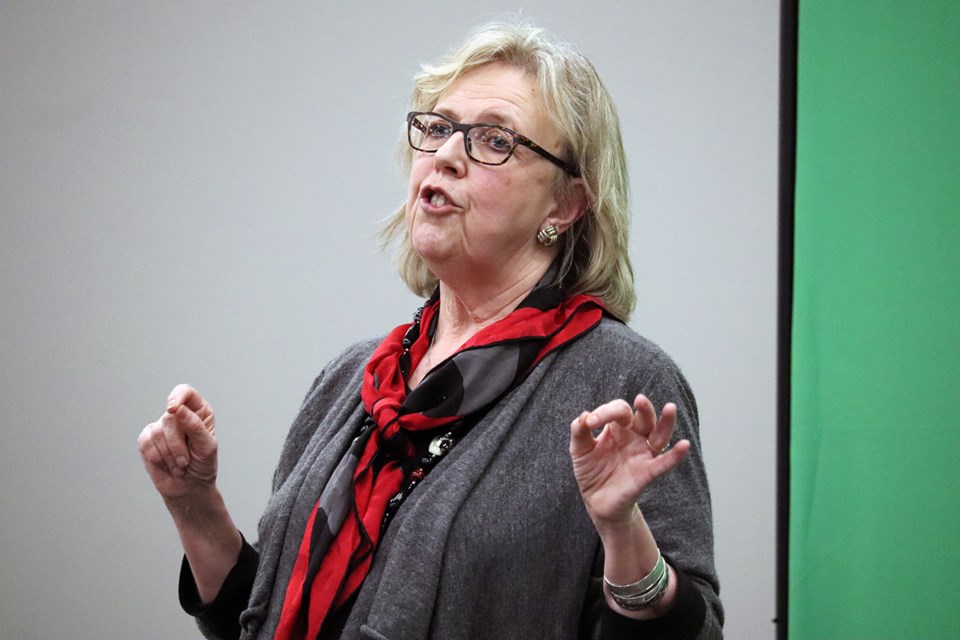 Elizabeth May, leader of the Green Party of Canada. (via Glacier Media)

The federal Green Party is calling for a Canada-wide ban on semi-automatic rifles and all handguns with the exception of those used for sport and policing.

Their plan: a confidential buyback program that would compensate gun owners who surrender their weapons.

Anyone owning handguns for sport shooting would be restricted to shooting ranges.

"We support legal hunters and those who need guns in rural areas. But guns in urban areas are not acceptable," said Green Party Leader and B.C. MP Elizabeth May.

In a news release, May singled out gun smuggling across the U.S. border as the source for many of the handguns that end up on the street.

“Gun violence is on the rise in major Canadian cities and that tells us we have a problem. We need to act now,” May said.