Group of B.C. doctors petitions province to mandate use of face masks 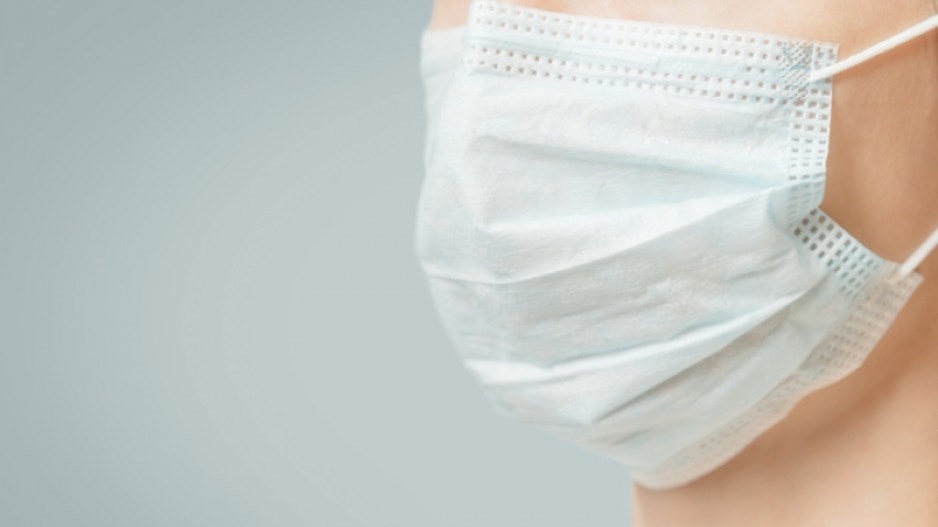 Eighty-two B.C. doctors and dentists have signed a document urging the provincial government to mandate the wearing of face masks on transit, in crowds and for all indoor spaces outside of people’s homes.

The Masks4Canada campaign, which has launched in other provinces including Ontario calling for governments to mandate the use of face masks to combat the spread of COVID-19, sent the signed letter to B.C. health officer Bonnie Henry, Health Minister Adrian Dix and Premier John Horgan last week, the group said Tuesday (Aug. 4).

Making wearing face masks mandatory, the group says, is necessary because B.C. has reopened for intra-provincial travel - making the risk of new COVID-19 exposures much higher than during the Phase 1/Phase 2 lockdowns. Officials with the group added that the current provincial position of recommending mask-wearing isn’t strong enough to drive mask-use on a larger scale.

“Mandating mask-wearing is important because previous public health interventions, such as seat belts and bicycle helmets, have required laws for increased compliance by the public,” the Masks4Canada letter says. "Our opinion is based on recent studies showing that the use of masks provides source-control and may provide recipient protection. Furthermore, there is no evidence of harm from use of masks.”

The group is specifically requesting mandated mask-use in all indoor spaces in the public sphere (hospitals, shops, schools and businesses), as well as anywhere it is “difficult to distance from others.” Transit – buses, SkyTrain, SeaBus and others – should also mandate mask-use, the letter says.

Currently, the B.C. Centre for Disease Control recommends the wearing of masks in combination with other preventative measures like hand-washing and social distancing, as “using only a mask is not enough to prevent the spread of COVID-19.”

“If you are healthy, wearing a non-medical or cloth mask or face covering is a matter of personal choice, and it might help to protect others,” the BCCDC website says. “Any mask, no matter how good it is at catching droplets or how well it seals, will have minimal effect if it is not used together with other preventive measures.”

While Quebec and Nova Scotia are the only province to have mandated mask-wearing, several municipalities – including Toronto, Ottawa, Calgary and Edmonton – have started requiring people to wear masks in public indoor spaces. In addition, Transport Canada has required air passengers to wear masks on flights for months, while many transit agencies have also mandated mask-use for riders.

Masks4Canada’s B.C. campaign, which includes a large number of faculty members and residents from the University of British Columbia as well as doctors from facilities like Vancouver General Hospital, BC Children’s Hospital and Providence Health Care, did note that certain people (such as those with disabilities and young children) should be exempt from mandated mask-use. The group also does not recommend penalizing people who don’t wear masks, it says, but added the province should make clear that wearing face masks plays an important role to the economic recovery of B.C.

“We are now at an important juncture in our efforts to again take control of the spread of COVID-19,” the letter says. "An immediate implementation of mandated mask policies will help protect British Columbians. We ask that you not let our sacrifices go to waste.”

According to an Angus Reid poll in July, 55 per cent of Canadian respondents say they wear a mask at least “most of the time” while out in public, while 45 per cent said they “rarely” or “never” wear one. But the same poll also found 74 per cent of respondents saying they would be okay with a policy that mandated mask use.

A separate Leger poll (in collaboration with the Association for Canadian Studies and The Canadian Press) during that same month shows that the support for mask-wearing on public transit is even higher, with 86 per cent of respondents in support.