Are you excited, apathetic or worried? A travel industry expert provides a detailed travel forecast for what's to come
Mar 5, 2021 9:42 PM By: Elana Shepert 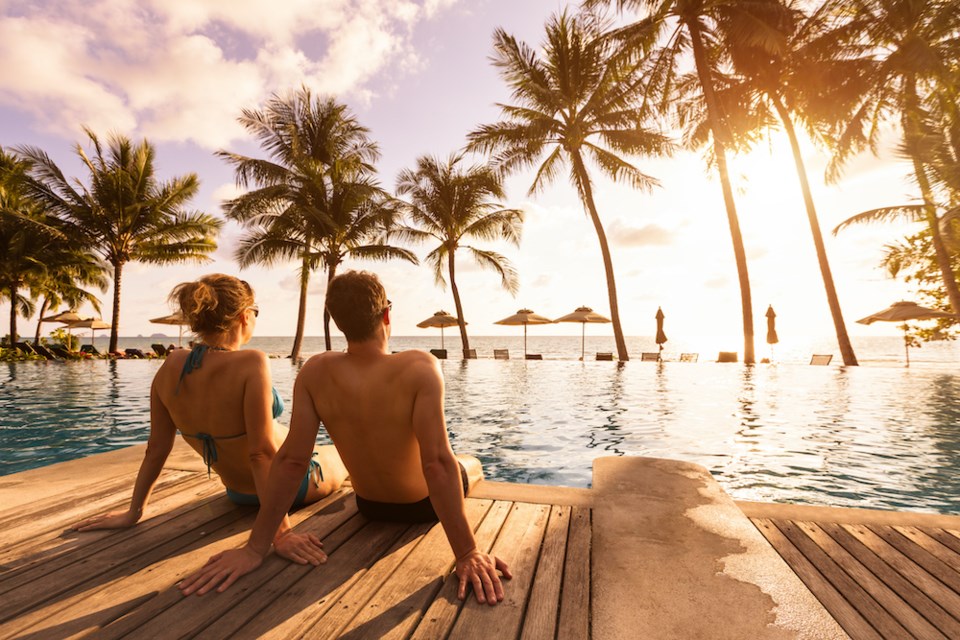 A travel industry expert gives a forecast for when global travel will open up after the COVID-19 pandemic. Photo via NicoElNino / Getty Images

This week, provincial health officer Dr. Bonnie Henry said that British Columbians will likely live in a "post-pandemic" world by the summer--if things continue to "go the way we want them to."

With this in mind, it won't be a straightforward, fluid transition back to life as we knew it before COVID-19. Not only are many changes here to stay, but also other facets of daily life will see dramatic or subtle adaptations.

When it comes to tourism, however, geopolitical factors will play an important role in international travel. So while Canada-wide travel might not feel drastically different, transborder travel will. Further, overseas travel will see significant changes, particularly in developing countries. Many developing countries are already feeling devastating economic impacts from the loss of tourism, and these impacts will likely be felt long after travel opens up globally.

Bryan Del Monte, aviation and travel industry expert and president of The Aviation Agency, told Vancouver Is Awesome in an interview that he expects travel to commence again this year. However, when that will happens depends on several factors.

There will be a "travel boom"

Despite many Canadians expressing anxiety about future travel, Del Monte says the lion's share of former travellers will be eager to book their next holiday when it is safe to do so. As he expressed, many people continue to break government advice against travel despite grave warnings, so it isn't likely they'll feel hesitant to board a plane once they've been given the green light.

"What I believe to be the case is that once vaccines are widespread and the ability to travel normalizes, there's going to be a rush on the market," explained Del Monte.

"Everyone is going to suddenly want to go everywhere."

When will the travel boom happen?

Del Monte said that the pessimist in him sees travel opening up in the late third-quarter to early fourth-quarter of 2021--but he's optimistic that it will open up again this summer.

When this "travel boom" will happen exactly, of course, depends on several factors. "The determinate is the rate of vaccination and the effectiveness of vaccination, and I think the proxies for those activities is the rate of serious cases, what we are seeing in terms of health infrastructure being overwhelmed by serious COVID-19 cases."

What signs should we look out for to see if travel is opening up?

Del Monte gave three tripwires to look out for in the developed countries.

Travel between Canada and the United States

The ease with which Canadians enjoyed travel to the United States shouldn't be expected right away. While the neighbouring countries enjoy a close relationship and the longest undefended border in the world, both governments have to consider the safety of their respective citizens. Again, Del Monte stated that vaccination rates will play a critical role in when restrictions are lifted.

Right now, the United States and Canada do not ask for a vaccine passport when travelling between the two countries. Moving forward, this will likely become a requirement for travel between the two. Del Monte said that travellers were already required to quarantine in certain circumstances prior to the pandemic. Similarly, travellers were required to have proof of vaccination for things like yellow fever to enter numerous countries.

Del Monte said many travellers won't have a sense of decorum when they return to the world at large. "People have been running around in their underwear and not showering before business meetings.

"People say things online that they would never say in person. In Zoom and by text people are different."

For about the first six to eight months after travel opens up, he says people should expect to see some unruly behaviour in vacation destinations.

Prices won't be as high as you might think

Despite the number of people who are chomping at the bit to hit the beach, Del Monte said travel operators aren't likely to price gauge.

You probably won't be able to go when you want to

While you might not pay exorbitant prices for your holiday of choice, you might not be able to enjoy it until 2022, if not later. "The level of demand will be extremely high. They will be so busy for a year or longer; they'll be booked.

"There's going to be supply ration. It is literally going to be impossible for these companies to meet the demand as it comes."

"The tide is going to lift all boats. Not everyone is going to get their number one choice," explained Del Monte, who adds that people may opt to try other travel experiences that they may not have chosen otherwise.

The world at large

"I would expect travel bans and a fair amount of political friction over who should carry the cost of providing vaccine to developing countries."

Del Monte noted that Canadians may still be prohibited from travel to some places in the initial phases of travel reopening.

In other words, countries with low levels of vaccination may be off-limits, despite offering that "off the beaten path" experience you are dying to try.

How will travel companies fare?

Travel companies are going to have to influence people to choose them, explained Del Monte. There will be a demand, but companies will have to reemerge from this "Lord of the Flies" situation and reintroduce themselves to market participants.

"There's a wave coming and you've got to be ready to get up on the surfboard and ride it."

Here is what could happen if you break Canada's COVID-19 travel quarantine or testing rules
Mar 4, 2021 8:26 PM