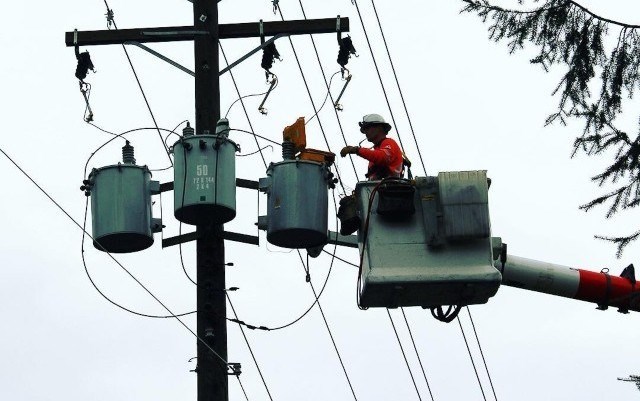 BC Hydro crews. (via BC Hydro)

As part of its ongoing maintenance program, BC Hydro is scheduled to conduct pole replacements in Prince George this week.

This will close roads in certain areas of the city, ranging from the Hart to Vanway and while this expected to have a minimal effect on traffic, crews are asking commuters to avoid the areas as they conduct their work.

The goal of the power company’s initiative is to replace aging wooden poles, roughly 40 to 50 years old, as they’ve deteriorated overtime due to weather and 8,000 are being switched out all over B.C. this year alone.

This week in Prince George, residents should make note of the above three areas to avoid and neighbourhoods have been notified in advance of the tasks at-hand.

High winds cause power outages west of Prince George
Oct 22, 2019 12:07 PM
Comments
We welcome your feedback and encourage you to share your thoughts. We ask that you be respectful of others and their points of view, refrain from personal attacks and stay on topic. To learn about our commenting policies and how we moderate, please read our Community Guidelines.