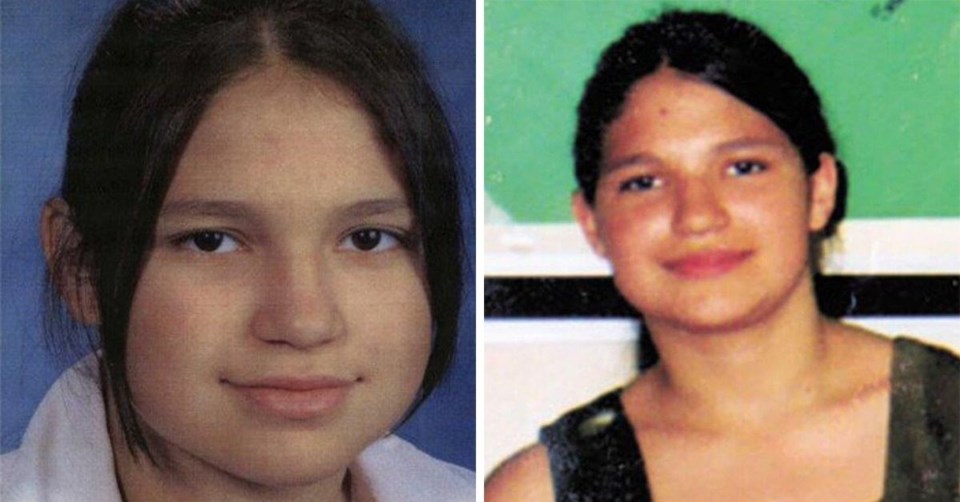 Aielah Saric was 14-years-old when she went missing and later found murdered in Prince George. (via RCMP)

Her remains were found eight days later near Highway 16, nationally known as the Highway of Tears as it’s been the location of many murders and disappearances of Indigenous women and girls since the 1970s.

Saric was a member of the Gift Lake Metis Settlement in northern Alberta.

Her murder is one of 10 campaigns Mounties have launched in 2020 as part of continuous efforts to solve cases involving missing and murdered Indigenous women and girls (MMIWG).

On the evening of Feb. 2, 2006, Saric was walking in Prince George with several friends and family members.

She ultimately departed the group to return home and was last seen walking in a residential area of the city.

Saric was then reported missing by her family and friends after they failed to locate her.

Her body was eventually found on the side of Highway 16 about 35 km east of Prince George, just past Tabor Mountain Ski Hill.

Saric’s family and friends are still searching for answers, justice and closure.

Anyone with more information on this case is encouraged to call a local RCMP detachment, the comment inbox of any RCMP social media account or Crime Stoppers at 1-800-222-8477.

Mounties investigating after City of Prince George hit with 'sophisticated' computer-based fraud of more than $700K
Nov 10, 2020 10:35 AM
Comments