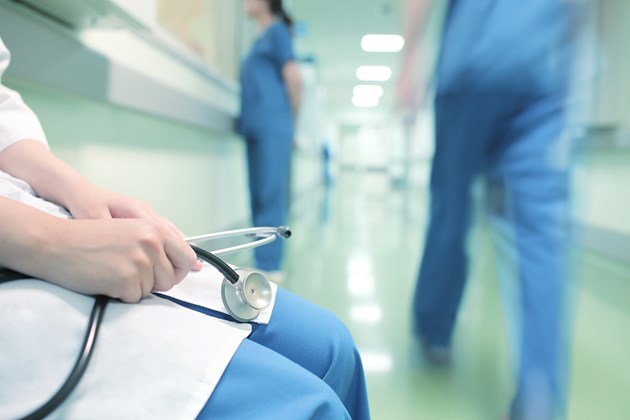 A witness to a fatal attack at a central Alberta medical clinic says the victim was her family doctor.

The assault happened at the Village Mall Walk-In Clinic in Red Deer just before noon on Monday (Aug. 10).

RCMP said in a release that one man was in custody and officers were not looking for other suspects.

Anina Mullin said she waiting in the lobby of the clinic with her 13-year-old daughter when they heard a commotion.

"That was the doctor screaming, yelling. One of the receptionists ran to the door. It was at the far end of the walk-in clinic and she came running back like she had seen a ghost and was like, 'Can someone help him?'"

Mullin said two larger men nearby sprang into action to assist. They came back quickly, telling everyone to get out.

"I grabbed my teenage daughter's hand and we just ran as fast as we could out the doors. Once we got outside, we got into the truck and waited. And she's like, 'Mom can we go?' And I said, 'No, I'm too shaken. I can't."

Mullin said the two men who had helped stood at the clinic door and held it shut until police arrived.

"The one police officer went to the door and opened the door and had his gun drawn and he yelled, 'Put it down, put it down or I will shoot you!'" said Mullin.

"At that time, a hammer flew at the police officer and bashed into the door and then flew outside. It was drenched in blood ... like you couldn't see any metal on it. It was just covered in blood."

Mullin said the officer then ordered someone to 'put down the machete' and went inside. He was quickly joined by other officers, who brought out the suspect in handcuffs.

"He was wearing a hooded sweater with his hood up," said Mullin.

"He had blood all around the rim of his sleeves and large clothes. From there, the ambulances came and they all rushed in with medical bags and a stretcher ... they also brought out the other patients I assume were in the other waiting rooms along with two other doctors and a bunch of nurses."

After that, Mullin said her doctor was brought out on a stretcher.

RdnewsNOW is not naming the physician. RCMP would not say if the victim was a doctor.

Premier Jason Kenney and Alberta Health Minister Tyler Shandro both tweeted Monday that they were saddened to hear about the fatal attack on the doctor.

"Can't imagine the pain and sorrow his family and clinic staff are now going through," Kenney said. "On behalf of all Albertans, our deepest condolences go out to them."

Shandro said his thoughts and prayers are with all staff and patients who witnessed the attack.

Dr. Christine Molnar, president of the Alberta Medical Association, said in a statement that the organization will be reaching out to local medical staff for support.

Mullin said her physician was an amazing doctor.

"I've never seen anything quite as horrific as that.

"It's definitely affected my daughter. It's hard to get out of your mind," she said. "I don't know if I could ever go back into that clinic. It's awful."