How to reduce stigma, promote safety for people who use drugs in Prince George

Naloxone kits are available for free across the province
Dec 23, 2018 1:35 PM By: PGMatters Staff
Previous Next
1 / 1 The B.C. Centre for Disease Control's harm reduction website provides locations based on postal code for community members to pick up Naloxone kits. (via towardtheheart.com)
Expand
Previous Next

The overdose crisis in B.C. has left many feeling helpless in the face of preventable deaths.

There was a 38 per cent increase in deaths occurring in September 2018 compared to the same month the previous year, according to a report from the provincial government, with the suspected number of drug overdose deaths hitting 128, or 4.3 lives lost per day.

With all this in mind, PrinceGeorgeMatters wanted to create a one-stop guide to resources for people wondering about how to help.

Reanne Sanford is the regional nursing lead for harm reduction with Northern Health. We called her up to find out what factors contribute to illicit drug use in Prince George, and how our community can help the people who use those substances. 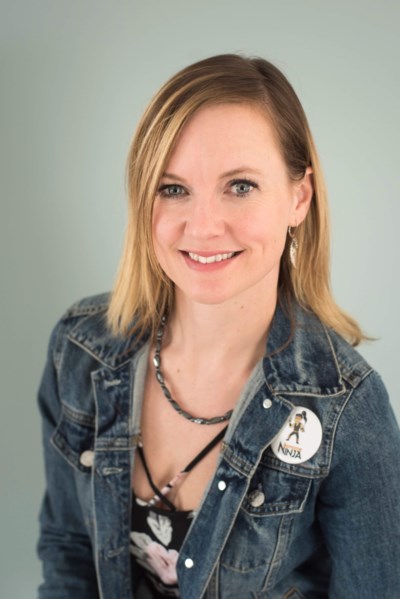 PGM: First of all, why do some people use drugs?

Addictions have a higher likelihood of developing in individuals where there has been an underlying traumatic incident, Sanford explains.

Adverse childhood events are a huge indicator of future addictions, "generally the roots are neglect, loss, trauma. Some kind of pain underlying any type of problematic addiction...Addiction is a means of coping with a discomfort or pain." She adds that other, often innocuous activities, such as shopping, gambling and even obsessive grooming, can become addictions.

The matter is then further complicated when the body of the person who is using becomes reliant on that substance to feel normal.

"Your body takes over and needs the substance to cope and function," she says, adding that the loss of a parent, chronic pain conditions and debilitating injuries can also lead a person to use substances in an effort to cope.

Another large piece of the puzzle is untreated mental health issues. People who have different brain chemistries — such as people with ADHD, depression, anxiety or Schizophrenia — may begin to use substances in an attempt to regulate their systems.

As an example Sanford highlights people with ADHD who use substances.

"Some types of stimulants are similar to Ritalin, and will help them feel better, will soothe them and make them feel more normal," she says, noting that the people in our communities who use drugs are often "some of the most neglected, vulnerable, and abused" in our communities.

PGM: How does stigma harm people in Prince George and other communities?

There is a lot of stigma in our society surrounding the use of illicit substances, widely attributable to a lack of public knowledge on the root causes of addiction. People who use abuse drugs or who exhibit signs of drug use may find themselves stigmatized in any number of ways, large or small, Sanford says. It can be as small as someone being asked to leave an establishment simply because of the way they look, or as overt as an individual's quality of medical care being affected due to their status as someone who uses drugs.

Therefore, many people who use drugs may feel shame about their dependency. They may use in isolation, seeking to hide their use from others around them. This feeling of forced secrecy could have serious consequences, such as higher risks of overdose without the possibility of immediate medical attention, Sanford says. This isolation may also lead the person to feel worse about themselves, and "compound issues," leading to heavier use, rather than connecting with service providers and others who can help them.

Sanford says people can change the stigma around drug use by using what's known as "people-first" language. She points out that in everyday use, we wouldn't refer to "a diabetic," we would more likely say, "(Judy), who has diabetes." This captures how regressive language like "addict" or "drug user" can feel. A "people-first" approach centres the actual person, as opposed to reducing them to their health issue.

(via a document from the Provincial Health Services Authority, Towards The Heart, and the B.C. Centre for Disease Control)

Sanford says that this isn't an easy topic.

"This is big picture stuff, we need to start rethinking (how we address things), why do we stigmatize individuals?" she asks. "Just because I don't use drugs, doesn't mean I should believe that people who use drugs shouldn't have access to health care."

Fighting stigma sometimes might mean difficult conversations with the people around you, she points out.

However, a "people-first" policy doesn't mean abandoning boundaries; it's simply about a change in approach.

"Compare saying 'no backpacks!' to 'I'm so glad to see you today, could you please leave your backpack at the till, as it is our store policy for browsers," says Sanford. "It's about making everyone feel welcome."

If you're interested in seeing more resources about what you can do to reduce stigma, click here.

PGM: How can we keep people in our communities safe from overdose?

Sanford notes life-saving Naloxone kits are available for free across the province for people who feel they are likely to use substances like crack cocaine and heroin or are likely to witness an overdose.
The B.C. Centre for Disease Control even has a website that will find free kits within five kilometres of a given postal code. Examples of locations where the kit is available include the Prince George Aids Prevention Program, the Blue Pine Clinic,  Central Interior Native Health, as well as the University of Northern British Columbia and College of New Caledonia. Community pharmacies like London Drugs and Shoppers Drug Mart also carry the free kits.
An important factor to note is the introduction of the "Good Samaritan Overdose Act," a law which says that if an individual is at the scene of an overdose and contacts emergency services, they are not to be charged with simple possession of controlled substances, even if they are also using. As well, they cannot be charged for breach of probation or parole in connection with possession of a controlled substance. More information on that can be found here.
Alternatively, non-profit and community-based organizations who feel they might be at risk of witnessing a person overdose are invited to get in touch with St. John Ambulance. Eligible organizations will be put in touch with someone who can teach their workers and volunteers how to administer Naloxone, as well as providing kits. A link to their site can be found here.
If you are a representative of a private business or simply feel that you would like to have a kit in case of emergency or proximity, kits are purchasable at the same locations as listed above for around $25.
— Jordan Tucker is a freelance writer for PrinceGeorgeMatters

How to use Naloxone (Narcan) from Hello Cool World on Vimeo.