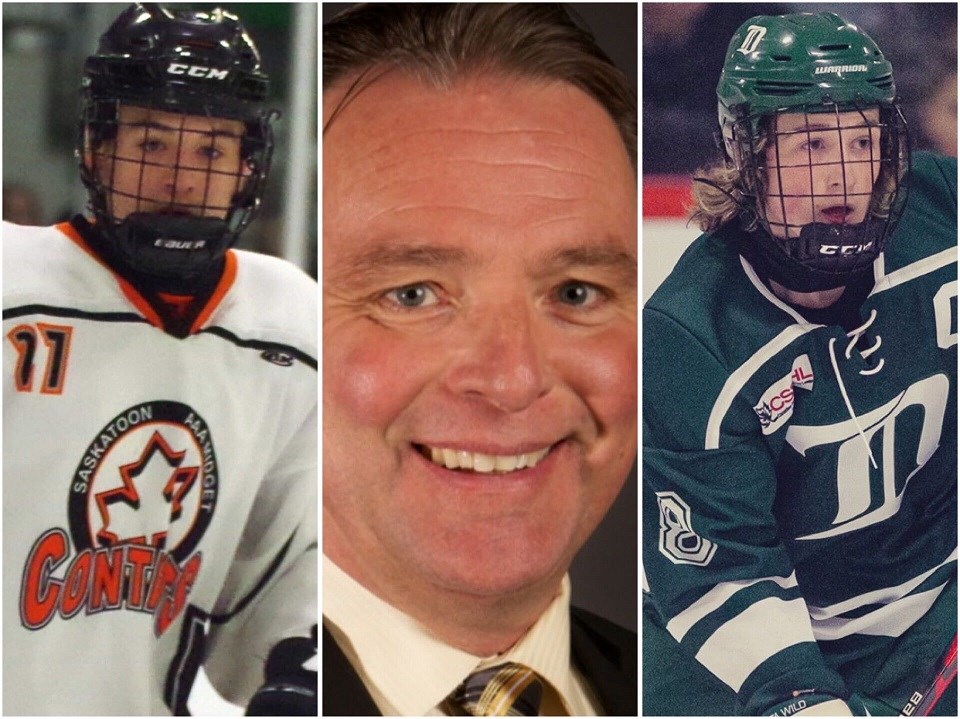 If you ask a sports team what their goal is going into a draft, 99.9 per cent would say it's to pick the best players.

In the Prince George Cougars’ case, this week’s WHL Bantam Draft gave them prime positioning to select 10 of, what they believe were, the top prospects available when it came to taking them off the market.

The 2020 class gives hope to Cougars Scouting Director Bob Simmonds, who also happens to be the team’s longest-tenured employee.

He says all of the right boxes were checked off this year and feels confident the new crop can attract more fans in the not-too-distant future.

“I’m really really excited about where this organization is going; I believe that in the next couple of years, you’re going to see this team really take a step forward,” said Simmonds in an interview with PrinceGeorgeMatters.

“I’m not naively optimistic in this. I firmly believe the pieces are starting to slowly fall into place.”

Simmonds’ biggest catch on Wednesday (April 22), thanks in part to the Cats’ draft lottery win in March, was selecting Riley Heidt second overall and signing him to a WHL standard player agreement 24 hours later.

He calls nabbing the 15-year-old Saskatchewan product a win from an organizational perspective and even anticipates seeing Heidt in a Prince George jersey a couple times next year.

“I would say, absent of Connor Bedard, Riley, in most normal years if you will, would’ve easily been a first overall pick for most teams. We were very very fortunate to have the opportunity to get him. He is a game-changer for us and I think the fans of the Cougars are going to love watching this kid for the next few years and he’s going to be a really really good player.”

UPDATE: The 15-year-old Saskatchewan product signs on the dotted line in committing to the @PGCougars 📝 | https://t.co/QAxE7Ly5Su #CityOfPG pic.twitter.com/qGNZRjnMCF

The Cougars drafting strategy, according to Simmonds and his scouting crew, was to pick forwards that have skill in front of the net and others that provided more offensive depth.

Heidt, Caden Brown (17th) and Ryker Singer (22nd) were Prince George’s first picks in the opening round and Simmonds believes they will fill much-needed voids when the time comes.

“Of course, Riley Heidt was an absolute no brainer and to start from that point was tremendous. Even when Ryker Singer was there for our third pick in the first round, we looked at each other and we were very very happy and pleasantly surprised that he was even there as an option.”

Simmonds also got to experience a first in his career as the 2020 draft was conducted online to meet public health recommendations during the COVID-19 pandemic.

He explained Prince George’s ‘war room’ was an Edmonton office with Head Coach and General Manager Mark Lamb and two scouts, with proper physical distancing measures, while the rest appeared via Zoom.

Lamb was proud of his colleagues in putting together extensive research on the types of players they needed.

“Our scouts do a very good job of going through all that stuff. [...] So what we wanted to do is pick the best player; once we won that lottery, we really thought that it was a game-changer for our organization. I’ve seen Riley play last year, I watched a lot of video and our scouts did a really good job of getting the best player that we could get.”

By the end of Wednesday, the Cougars took five forwards, four defencemen and a goaltender.

Of those new prospects, three were from B.C., including Caden Brown of Fort St. John, who moved down to the lower mainland to enroll in the Delta Hockey Academy.

When asked if there was potential in scouting locally-produced talent, Simmonds acknowledged the Cougars have picked Prince George players in the past to add that ‘flavour’, but the goal each year of picking the best available remains the same.

“It’s fair to say though that it might not have been their strongest team over the last few years and that’s not to minimize the fact that they’ve got some players with potential, but, for us, obviously the players that we picked were the players we identified as those particular moments in time,” he said.

“If there was a local player that had the same upside and skillset, we’d certainly be looking at them as well. It’s always nice to get local talent, but they got to be capable of playing the game at a higher level.”

Prince George did not see any homegrown or regionally-developed players drafted into the WHL this year.

In 2019, Maxwell Sanford and Nico Myatovic were picked back-to-back in the sixth round from the North Central Bantam AA Bobcats by Kelowna and Seattle respectively.

Myatovic has since signed a standard player agreement with the Thunderbirds and scored 22 points in his rookie season with the Cariboo Cougars.