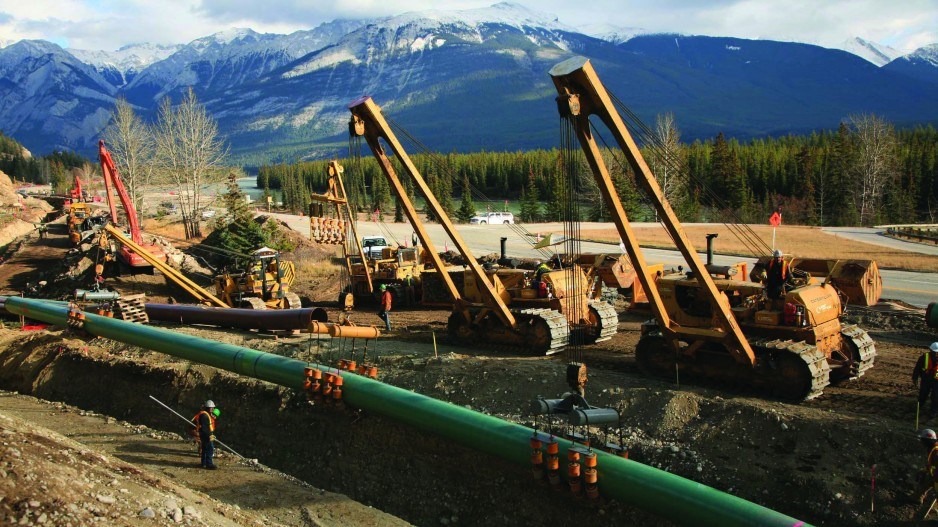 An Indigenous-led group says it will soon be ready to make a bid for majority ownership of the controversial Trans Mountain pipeline currently owned by the federal government.

The group, called Project Reconciliation, says it will be prepared as early as next week to talk with Ottawa about its proposal for a 51 per cent stake in the pipeline.

Project Reconciliation says the bid will be underwritten by contracts with pipeline customers and not rely on taxpayers.

The group says almost 340 Indigenous communities across B.C., Alberta, and Saskatchewan could choose to share ownership of the pipeline, which is designed to ship crude oil from the oilsands to the West Coast.

"It’s exciting to see support is growing in governments and among Indigenous people. There is a pipeline to reconciliation and we should take it."

Project Reconciliation says it plans to set aside 80 per cent of future proceeds from the pipeline into a type of sovereign wealth fund to ensure longer-term benefits for Indigenous communities in Western Canada.

A separate Indigenous-led group called the Iron Coalition is looking to secure ownership of the pipeline for First Nations and Metis communities in Alberta. The group says it would distribute proceeds to member communities based on ownership share and population.

The government says it is open to Indigenous ownership of the project and will host discussions in Vancouver, Victoria, Edmonton and Kamloops, B.C. later this month with Indigenous groups to further discussions on potential participation in the economic development of the project.

Ottawa reapproved the pipeline last month after its initial go-ahead was quashed by the Federal Court of Appeal over incomplete Indigenous consultations and a faulty environmental review. The government bought the pipeline for $4.5 billion last year in an effort to keep the expansion project alive.

The project has support from some Indigenous groups along the route, but faces intense opposition from others, especially on the coast.

In May, the Union of B.C. Indian Chiefs warned First Nations in an open letter that they should reconsider investing in the pipeline because it faces many hurdles, including Indigenous land claims, and it is unlikely to be as profitable as the government says.

Chief Leah George-Wilson of the Tsleil-Waututh First Nation said after the most recent approval that it will appeal Ottawa's decision to the Federal Court of Appeal.