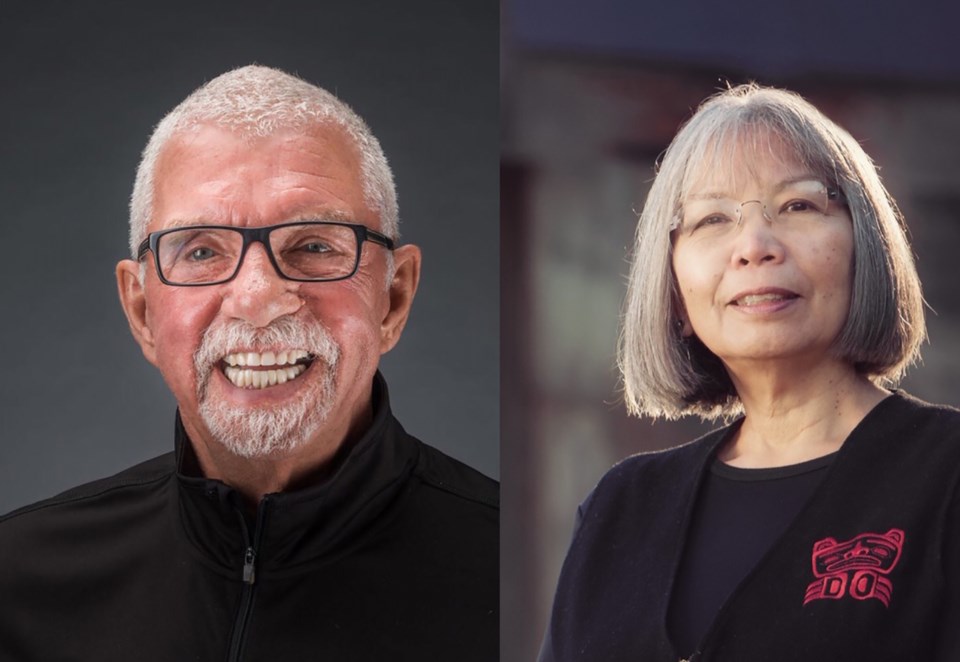 John Brink and Dr. Jo-ann Archibald will receive honorary law degrees from UNBC this May.

Dr. Jo-ann Archibald, an Indigenous educator, researcher and scholar from the Stó:lō and St’at’imc First Nations, and John Brink, a forestry industry pioneer and philanthropist from Prince George, are slated to receive the honorary degrees.

Dr. Archibald, Q’um Q’um Xiiem is a Professor Emeritus in the Faculty of Education at the University of British Columbia (UBC).

At UBC, she was the former Director of the First Nations House of Learning, Associate Dean for Indigenous Education, and the Director of UBC’s Indigenous Teacher Education Program.

“I feel very honoured and humbled about receiving this honorary degree from the University of Northern British Columbia,” says Dr. Archibald in a news release.

“Over the years, I have worked with various UNBC colleagues on Indigenous education matters. I was always impressed with the university’s commitment to Indigenous peoples and their communities. At the same time, I admired and valued the expertise, scholarship, and work of the faculty, staff, and students. This honorary degree makes me feel like a very proud extended family member of UNBC.”

In 2018, Q’um Q’um Xiiem also received one of the highest honours in the country when she was appointed to the Officer of the Order of Canada for her lifelong contributions to advancing Indigenous education in Kindergarten to Grade 12 and post-secondary education through policy, programs, curricula and research.

The other recipient, John Brink, is the Chief Executive Officer of Brink Forest Products, which is the largest secondary wood manufacturing company in Canada and 13th largest forest company in B.C.

He established the business in 1975 after immigrating to Prince George from Holland a decade earlier with a dream to build his own sawmill.

“Arriving in Canada in 1965 at the age of 24, I had a dream of building a sawmill. I had one suitcase, the clothing on my back and $25.47 in my pocket. Most importantly, I had a dream I would never give up on,” says Brink in a release. “With a positive attitude, relentless passion and undying work ethic, I pushed hard towards my dream and succeeded. Today, nearly 55 years later, I see these exact same characteristics driving UNBC’s vision of becoming Canada’s leading destination University. “

Brink started his business with a lumber re-manufacturing and finger-jointing plant; both of which he built from scratch.

Finger-jointing had never been done in Canada prior to this, allowing Brink to establish himself as an industry pioneer.

“It is a true honour to accept this Honorary Doctorate of Law Degree from the University of Northern British Columbia,” says Brink. “Receiving such recognition from an exceptional institution such as UNBC is a dream come true. I would like to thank the entire University community for this special honour, as well as the leadership it has exemplified over the past 29 years in making UNBC one of our country’s top small universities.”

In 2002, Brink partnered with the College of New Caledonia (CNC) to train tradespeople in northern B.C., establishing CNC’s John A. Brink Trades and Technology Centre officially opened at CNC.

The building houses the college’s automotive shop, electrical and woodworking programs, and it facilitated an expansion of the millwright, machinist, and welding programs.