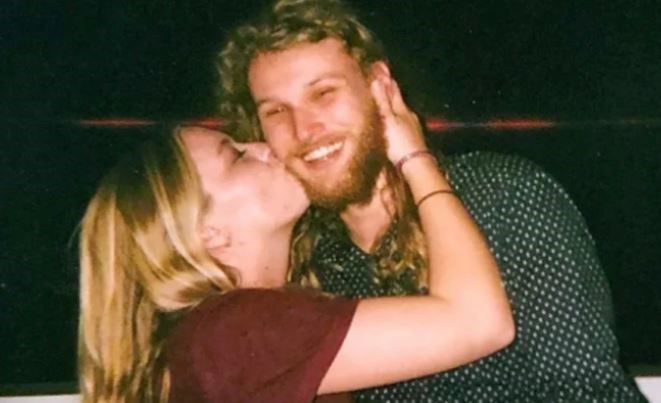 Lucas Fowloer and Chynna Deese, who were reportedly found shot to death in northeastern B.C. (via Facebook)

Homicide detectives from Australia have been sent to Canada to help Mounties investigate the double homicide of an Australian man and his American girlfriend who were reportedly shot to death near Liard Hot Springs this week.

Lucas Robertson Fowler of Australia and Chynna Noelle Deese of North Carolina were found dead along the side of the Alaska Highway 20 kilometres south of the popular tourist destination on Monday, July 15.

"In an effort to further the investigation and help determine a timeline leading up to their deaths, we are identifying the victims as Chynna Noelle Deese of the United States and Lucas Robertson Fowler of Australia," RCMP spokesperson Sgt. Janelle Shoihet said in a news release.

RCMP say an older blue minivan with Alberta plates was found at the scene, and are looking to speak with anyone who may have seen the vehicle or tried to help the victims.

Fowler was the son of NSW Police Chief Inspector Stephen Fowler, according to the Sydney Morning Herald. Family are travelling with police to Canada to help with the investigation and bring Fowler’s body back to Australia, the Herald reported. Consular services are being provided to the family.

"The investigation into this incident is being led by the Canadian authorities and as such, they will be the appropriate source for information as it comes to hand," police said in a statement to the Herald.

"Our thoughts are with them at this difficult time."

Deese is from North Carolina, according to a statement from Fowler's family.

"To lose someone so young and vibrant, who was travelling the world and just enjoying life to the full, is devastating," the statement said.

"To know his beautiful girlfriend, Chynna Deese of Charlotte, North Carolina also lost her life in this violent event is too cruel. All our love and best wishes go to Chynna’s family and friends."

Deese's sister, Kennedy, wrote on Facebook: "It is with overwhelming sadness that I share my sister Chynna and her beloved boyfriend Lucas were recently found deceased. They were bright and beautiful souls. We are all still in shock and heartbroken."

The North District Major Crimes Unit and Northern Rockies RCMP are investigating. Details about the deaths are limited at this time. Officials couldn't immediately say whether public safety is a concern.

Northern B.C. grassroots group looks to spur young farmers
Jan 29, 2020 8:05 AM
Comments
We welcome your feedback and encourage you to share your thoughts on this story. We ask that you be respectful of others and their points of view, refrain from personal attacks and stay on topic. To learn about our commenting policies and how we moderate, please read our Community Guidelines.