Greyhound cited government subsidies of competitors among reasons for ending service
May 2, 2019 8:05 AM By: Glacier Media 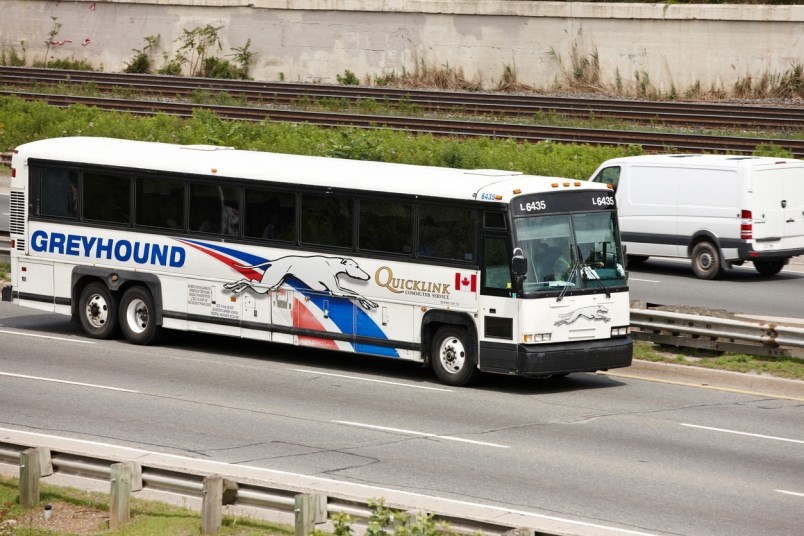 B.C. taxpayers have paid more than $31 million since 2012 to maintain almost-daily northern bus services by a private company on runs Greyhound ran at market costs but abandoned last year partly due to competitors’ subsidies, a Glacier Media investigation has found.

Neither ministry, though, will say how much more money is on the table for the service

What Garneau did say is that BC Bus North is important where other options do not exist.

However, options do exist.

Both services run from Prince Rupert to Prince George and Prince George to Fort Nelson. The NHC service also runs into Vancouver with stops along the route.

Pacific Western director of business development John Stepovy said the two services are different, and that there is potential for BC Transit and Northern Health to work the services together.

“I would imagine there are some discussions happening at those levels,” Stepovy said. “We’re operators. We don’t set schedules, times or frequencies.”

Between the two operations, Diversified is running daily services throughout the north on routes remarkably similar to Greyhound’s.

And, of the options, Trevena and the previous B.C. Liberal government had a hand in creating them at a cost of at least $10 million – although some of that funding was in anticipation of Greyhound’s departure.

Moreover, the public record shows Greyhound was signalling there were problems years before it ended service – contrary to government characterizations of the decision as an abrupt surprise.

It was the NHC service that Greyhound cited as an example of unfair, taxpayer-subsidized competition when it abandoned its western Canadian services in 2018. NHC fares for routes significantly undercut Greyhound’s, the latter company said.

“The NHC service has reduced the burden of travel for people who require health care not available in their home community,” Collins said. “Transportation for people who are sick, require support, and who need to be taken to medical facilities is very different than options that serve the needs of the broader travelling public.”

However, Greyhound said as far back as 2012 there was no enforcement of use of the buses for health reasons. People without medical documentation were using the provincial buses, taking business from the Greyhound, a September 2012 company document said.

The province pumped $2 million into BC Bus North last June at Trevena’s direction to have an interim solution between Greyhound’s departure and the establishment of a full service.

“Pacific Western Transportation already operates long-haul services for other organizations in northern BC, understands the area, and were able to support us with fleet and staffing requirements to launch within a reasonable timeframe,” said BC Transit communications manager Jonathon Dyck.

“To ensure the service was operational quickly to meet the needs of people living in northern BC, the contract for the interim, 12-month solution was awarded to Pacific Western Transportation,” Dyck said.

“Greyhound’s decision to eliminate service in western Canada left people in the north vulnerable and stranded – especially Indigenous communities, women, seniors, children, and people with disabilities,” the statement said. “That’s why the BC government stepped in with BC Bus North – to provide a provincially funded service which allows people to travel safely, affordably and reliably between northern communities.”

Stepovy agreed. He said operating in B.C.’s North and on the Prairies is challenging given the remoteness and distance between communities. He said bus companies are successful in places such as the East Coast or Europe where population density creates for business opportunities.

The ministry said BC Bus North has extended the service to Sept. 30. BC Transit estimates the cost of the extension at $480,000 in operating costs with projected passenger revenues for the additional period is $72,000, which will be used to offset operating costs.

“In other parts of the province, we continue to work closely with the federal government as part of an interprovincial working group to address the impact of discontinued intercity bus services and develop solutions,” the statement said.

The ministry added private companies continue to express interest in B.C. routes and the PTB is fast-tracking applications .

“Six inter-city bus companies are operating and there are three new inter-city bus route applications that are currently before the board,” the ministry statement said.

NHC and BC Bus North service aren’t the only ones the taxpayer-funded agencies are subsidizing.

There is also the Highway 16 Transportation Action Plan created in under Liberal premier Christy Clark’s government in 2017. The plan was created in partial response to the disappearances of women along Highway 16, the so-called Highway of tears.

The NDP added another $800,000 for that service linking smaller communities in the 2019 provincial budget, the bringing the total investment to $8.1 million.

In July 2018, Trevena called Greyhound’s announcement that it was pulling out of B.C. service a surprise. This week, the ministry called it abrupt.

But the writing was on the wall long before. Greyhound was making its concerns known to B.C.’s Passenger Transportation Board. (PTB) as far back as 2012.

However, even before Greyhound pulled out, the PTB recognized the problems Greyhound faced from government operations. “Some of “Greyhound’s competition is heavily subsidized and not regulated by the board,” a September 2017 board decision said, noting lost services would leave holes in meeting public needs, public safety issues and isolation of communities.

In December 2017 emails released under access to information laws, then-coordinator of patient transportation Maureen Haley said the NHC service would not affect Greyhound.

But before the community buses and BC Bus North arrived, Greyhound had reached the end of its tether.

“The situation in BC was exceptionally challenging for Greyhound due to both the regulatory environment and subsidized services,” Greyhound Canada senior vice-president Stuart Kendrick told Glacier Media.

“Specifically, it was impossible to operate with highly subsidized lower fares that competed directly with our schedules, plus we complied with a lengthy regulatory review process that required months to approve our route changes,” Kendrick said. “This made it very difficult to meet changing market and ridership demands. And with declining ridership, we could not sustain long-term viability from the fare box alone.”

While intercity buses such as Greyhound are regulated under the Passenger Transportation Act, the health buses are not, another reason Greyhound cited as a fairness and competition issue.

“Those services are overseen by the various health authorities where they operate,” a Ministry of Transportation and Infrastructure statement said.

Asked if the ministry had done any due diligence to see what services might be duplicated, a ministry spokesperson said the health buses were a separate entity and issue from BC Bus North.

Only Port Alberni returned Glacier calls. Municipal director of finance Cathy Rothwell said that city’s system is subsidized through property taxes at a cost of $800,000 a year.

The PTB also recently approved Williams Lake-based Adventure Charters & Rentals to operate two inter-city bus routes to fill other gaps left by Greyhound. Adventure will bus service from Prince George to Surrey through the Fraser Canyon, and a second route from Williams Lake to Kamloops. Those start May 2.

Kendrick said Greyhound had many discussions with provincial and federal governments about the state of Canada’s intercity bus network in Canada as well as “the pressing need for government investment in rural connectivity.

“We asked governments to create a rural connectivity fund. In such a program, the government would invite private sector partners to compete to provide safe, reliable service to rural and remote communities,” he said. “The result: rural communities connected to primary transportation corridors and larger communities.”

Kendrick said Greyhound would continue to call for a national solution to connect our cities and rural and remote communities, “with the investments required for a viable inter-city, inter-provincial bus service that will bring Canadians to where they need to be.”

The PTB acknowledged that suggestion in September 2017.

“The company proposes the creation of a Connecting Communities Fund to provide funding for municipalities and First Nations to tender inter-city bus services to the private sector,” the PTB said. “These concerns have been discussed between the company, local governments and B.C.’s Ministry of Transportation and Infrastructure. It is up to these parties to determine whether these discussions will continue.”

Garneau’s office would not comment on what work if any, had been done to examine northern B.C. bus services prior to the funding agreement.

Northern bus company looks to connect Prince George to Lower Mainland after Greyhound departure
Mar 27, 2019 4:19 PM
Comments
We welcome your feedback and encourage you to share your thoughts. We ask that you be respectful of others and their points of view, refrain from personal attacks and stay on topic. To learn about our commenting policies and how we moderate, please read our Community Guidelines.