It was a calm wildfire weekend in the Kamloops Fire Centre 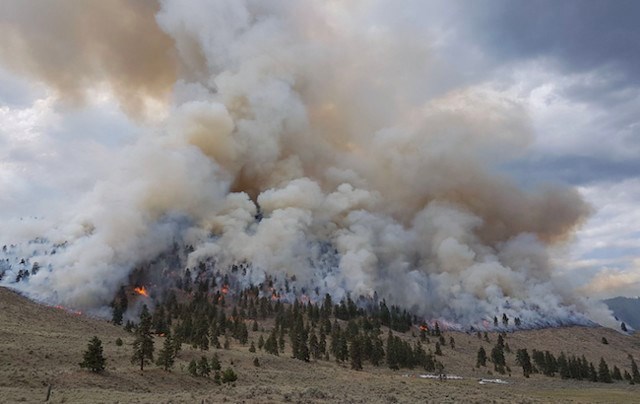 A message from the B.C. Wildfire Service urging people to play safe over the long weekend paid off.

Fire information officers out of the Kamloops Fire Centre say there was not much activity.

No new fires were sparked over the weekend, but crews were still working at the Richter wildfire burning west of Osoyoos.

The wildfire is believed to have been sparked by a vehicle fire and is now under control.

“Today we have seven personnel on site and they are just continuing to put out hotspots along the perimeter,” says Hannah Swift.

Some smoke may be seen from work being done today as crews continue to work for the next few days.

On Friday, Premier John Horgan asked people to take precautions to be fire and emergency safe.

Since April 1, B.C. Wildfire Service firefighters have responded to 176 blazes.

Power, cell service lost as ‘Level 6’ wildfire burns out of control in High Level
May 21, 2019 9:03 AM
Comments
We welcome your feedback and encourage you to share your thoughts on this story. We ask that you be respectful of others and their points of view, refrain from personal attacks and stay on topic. To learn about our commenting policies and how we moderate, please read our Community Guidelines.