The city is funding its portion through differed revenue
0
Oct 8, 2019 3:55 PM By: Hanna Petersen 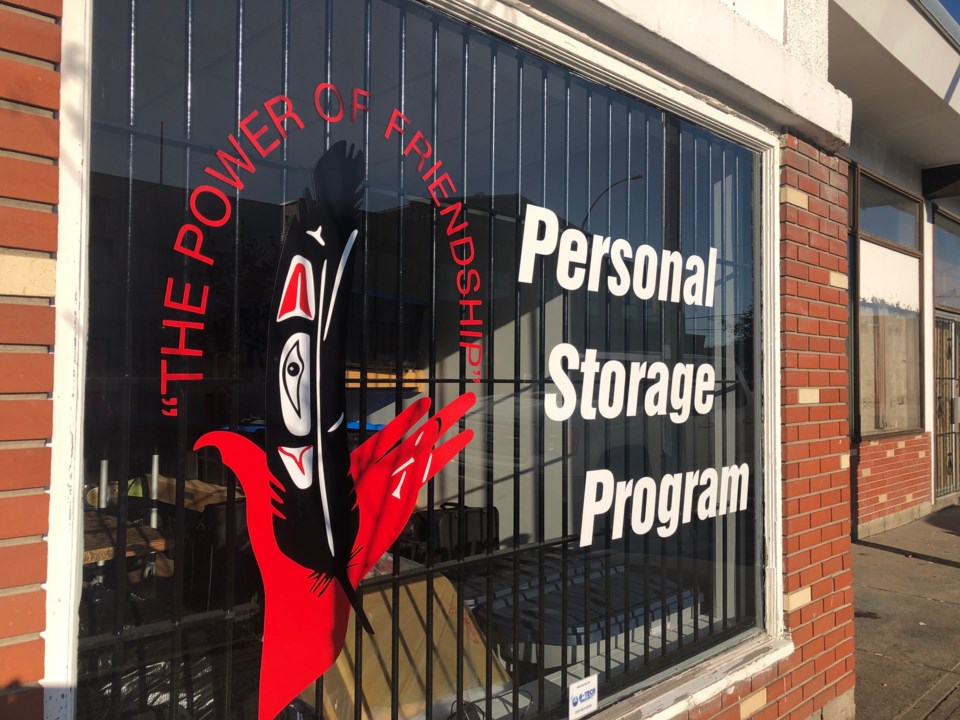 181 George St. has launched the public washroom and storage project. (via Hanna Petersen)

Public bathrooms, and so much more, have finally come to downtown Prince George.

With one washroom pilot project up and running and another set to open at the end of the month, Prince George city council has high hopes for the initiatives.

“In order to provide washrooms in a way that was safe and healthy for everyone, we really needed to consider monitored access,” said Chris Bone, the city's associate director of strategic initiatives and partnerships, during her report to council.

The city has partnered with BC Housing and the Prince George Native Friendship Centre to implement the first pilot at 181 Quebec St. which will run for a year. 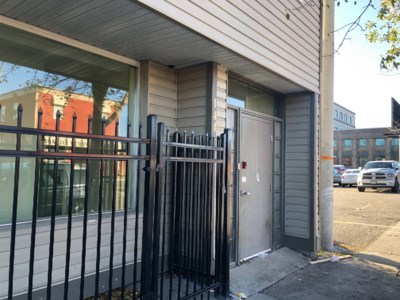 AWAC's 144 George St. pilot will launch by Nov. 1 (via Hanna Petersen)
The city also partnered with Advocating for Women and Community (AWAC) to run the second pilot project at 144 George St., which will run for six months beginning Nov. 1.

While the washrooms are open to the general public to use, each project offers much more than just toilet access.

The first, Quebec Street's site will provide public washroom access, storage services for the homeless and dedicated outreach workers to help connect those living on the streets with available housing and service supports.

The second site at AWAC will also provide co-ed access to washrooms, laundry, showers, storage, as well as housing and service and outreach support.

“I really want to commend you Ms. Bone for the work you’ve done on this project,” said Coun. Cori Ramsay. “When I brought this up months and months ago, I didn’t think this would be one of the outcomes that would come back to council but it is really incredible to see. I think it’s going to have a really drastic impact on a lot of portion of the downtown community.”

The partner organizations will also be collecting data, so the success of the pilots can be evaluated upon their conclusions to inform future direction.

Coun. Brian Skakun asked how much these projects will cost as the city is providing some staffing and operational costs.

“This project costs a total of $168,000 for both pilot projects. It’s part of many initiatives that the city is undertaking in the downtown,” explained Bone. “For this project cost, we were able to access some differed revenue that was earmarked for crime prevention and certainly in relation to downtown safety this initiative aligns well.”

Bone noted the 181 Quebec St. location has already had a soft opening, which allowed staff to become fully operational, and they’ve done considerable outreach to let the community know the service is available.

“It’s a game-changer for so many people to move forward and to be treated as people,” added Coun. Susan Scott. “And it is so appreciated.”

City to look at partnering with Prince George downtown social services to enhance public bathroom access
May 28, 2019 11:19 AM

Downtown public washroom issue is back on Prince George city council’s radar
Apr 30, 2019 3:35 PM
Comments
We welcome your feedback and encourage you to share your thoughts. We ask that you be respectful of others and their points of view, refrain from personal attacks and stay on topic. To learn about our commenting policies and how we moderate, please read our Community Guidelines.