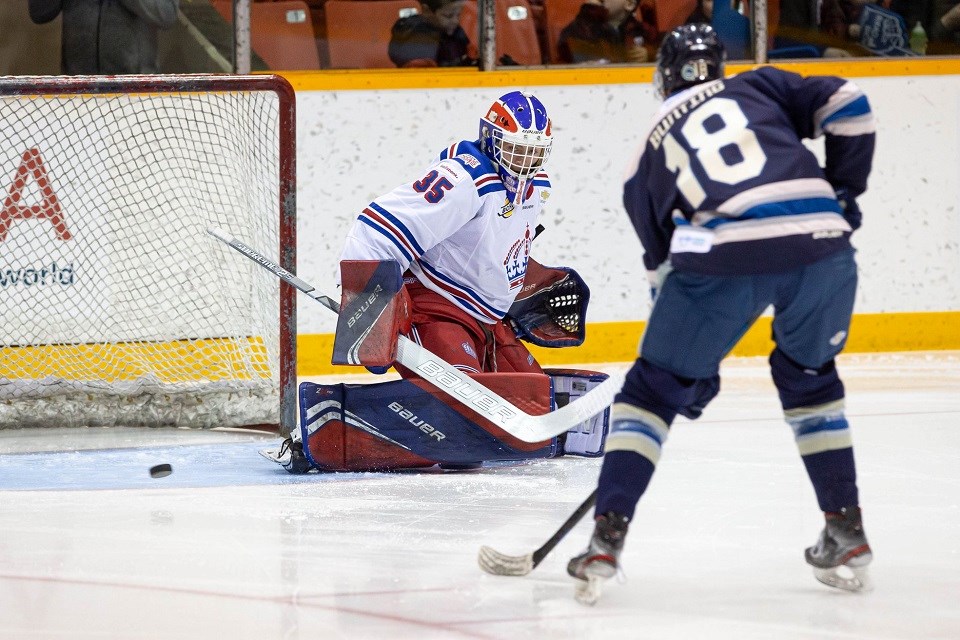 The Prince George Spruce Kings, who were the designated visitors Saturday (Feb. 15), defeated Langley with authority by a score of 5-1, claiming the first of the two-game BCHL-LNG Canada Road Show series against the Rivermen.

It was a relieving night for goaltender Jett Alexander, who made 32 saves on 33 shots for his first win since Dec. 20, 2019.

The 20-year-old recorded his 13th victory of the season, while Corey Cunningham posted a game-high three points including two goals.

Andrew Seaman got the 30-game scoreless monkey off his back with his third of the year, grabbing an assist from Kolton Cousins over four minutes in.

The first goal in Kitimat at the #BCHLRoadShow belongs to Andrew Seaman and the @SpruceKings!

Haydn Delorme added to Prince George’s lead four minutes later on a power-play by taking passes from Preston Brodziak and Wil Kushniryk to make it 2-0 going into the dressing room.

It only took Williams 96 seconds to up the board to 3-0 and linemate Cunningham followed suit on his own four minutes afterward to get to 4-0.

The @SpruceKings just keep pouring it on! 😱

Prince George's own Corey Cunningham steals the puck in the slot and makes no mistake to put his team up 4-0 at the #BCHLRoadShow in Kitimat pic.twitter.com/44srkxk957

Langley broke Alexander’s chance for a shut out in his return between the pipes with five minutes left in the middle period.

The 4-1 score stood until the 9:34 mark of the final frame when Cunningham reached the 25-goal plateau on a power-play.

Kitimat’s crowd stood and cheered when the final buzzer sounded while watching Prince George win 5-1 over Langley in their fourth last game of 2019-20.

The second game at Tamitik Arena goes for this afternoon (Feb. 16), 1 p.m. with the Spruce Kings as the home team.