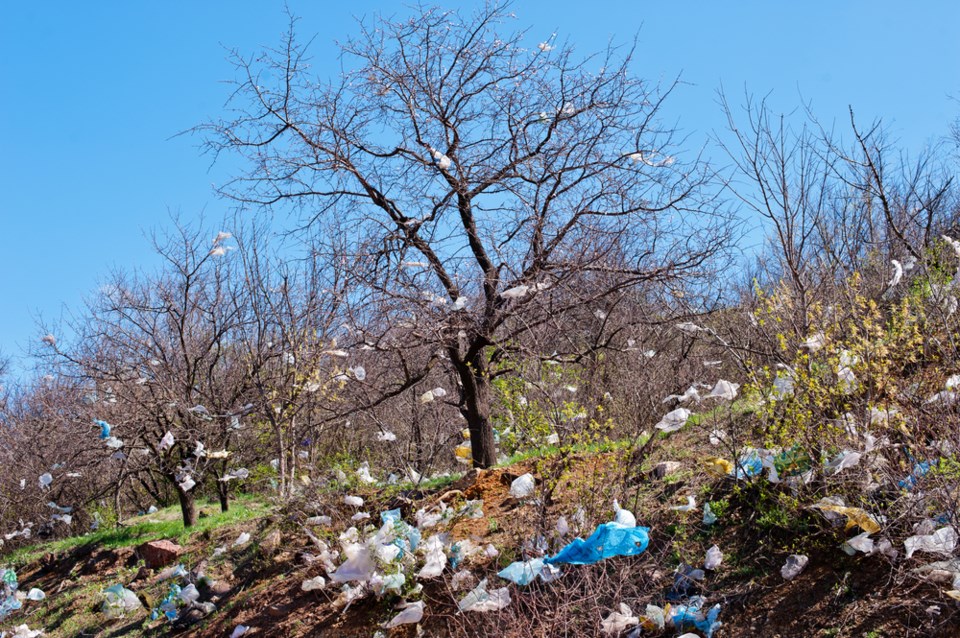 A city councillor's bid to ban single-use plastics in Kamloops moved forward today (April 2), in what was arguably one of the most active discussions around the horseshoe this year.

At last week's council meeting, Coun. Dale Bass unveiled a motion that asked city administration to draft a bylaw that would ban single-use plastic bags, straws and cutlery in the retail industry. She proposed a May 28 deadline.

At today's council meeting, that motion was stripped down due to concerns about it moving too fast. Council voted to remove cutlery and straws from the motion and to push back the deadline to July 9 to allow for more consultation.

While councillors spoke in favour of getting rid of single-use plastics, with Coun. Kathy Sinclair going so far as to say they'll be inevitably phased out, concerns about having enough time for businesses to be consulted were raised.

Coun. Dieter Duty proposed an amendment to remove cutlery from the motion, which the majority of council agreed with, and Coun. Arjun Singh followed up with a similar motion to take straws out, which passed by a slim margin. Coun. Denis Walsh attempted to add Styrofoam to the motion, but that was defeated.

Singh supported removing straws from the ban due to potential legal challenges. Mayor Ken Christian also weighed in on straws, arguing it would affect the beverage industry.

Earlier in the meeting, the interim executive director of the Kamloops Chamber of Commerce (CoC), Acacia Pangilinan, was on hand to submit a letter from the organization's president Joshua Knaak. The document outlined how the CoC supports the nature of the motion, but that the process shouldn't be rushed.

Coun. Mike O'Reilly, who owns a downtown coffee shop (one that uses paper straws), supported the final motion, but also noted the changes were akin to a tax on businesses.

Bass says she's OK with not moving too fast, but that she's frustrated.

"I would say I'm disappointed because we don't have to reinvent the recycling wheel. Other people have done it and are doing it," she says. "However, having said that, I honestly did not expect to see cutlery to be there when it was finally tabled."

She's not sure why straws were taken out, she says.

"This is municipal government moving slow, but that's OK. If it wants to move slowly, that's fine," Bass says, adding she didn't expect a ban overnight.

In council and following the meeting, Bass stated part of her motivation to get a ban in place is for children.

An ocean of plastic changes everything — even the wild salmon in the interior
Mar 17, 2019 5:35 PM
Comments
We welcome your feedback and encourage you to share your thoughts on this story. We ask that you be respectful of others and their points of view, refrain from personal attacks and stay on topic. To learn about our commenting policies and how we moderate, please read our Community Guidelines.